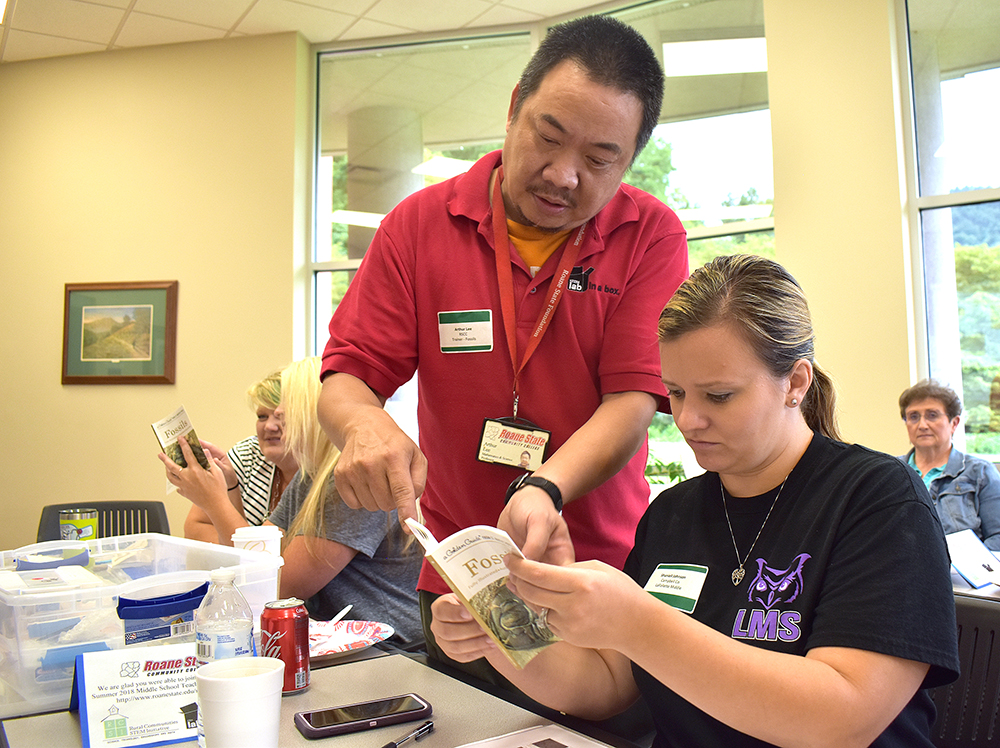 LAFOLLETTE -- In between his usual light-hearted quips and jests, Professor Arthur Lee took educators from Campbell and Morgan counties on a desktop trip through time.

Lee, a Roane State geology professor, showed the teachers some of the many ancient fossils contained in the newest edition of the popular “Lab-in-a-Box” program during a workshop at Roane State’s Campbell County campus.

Lee brainstormed the boxes’ contents, which include 18 types of fossils, magnifying glasses, a handbook, and other items. 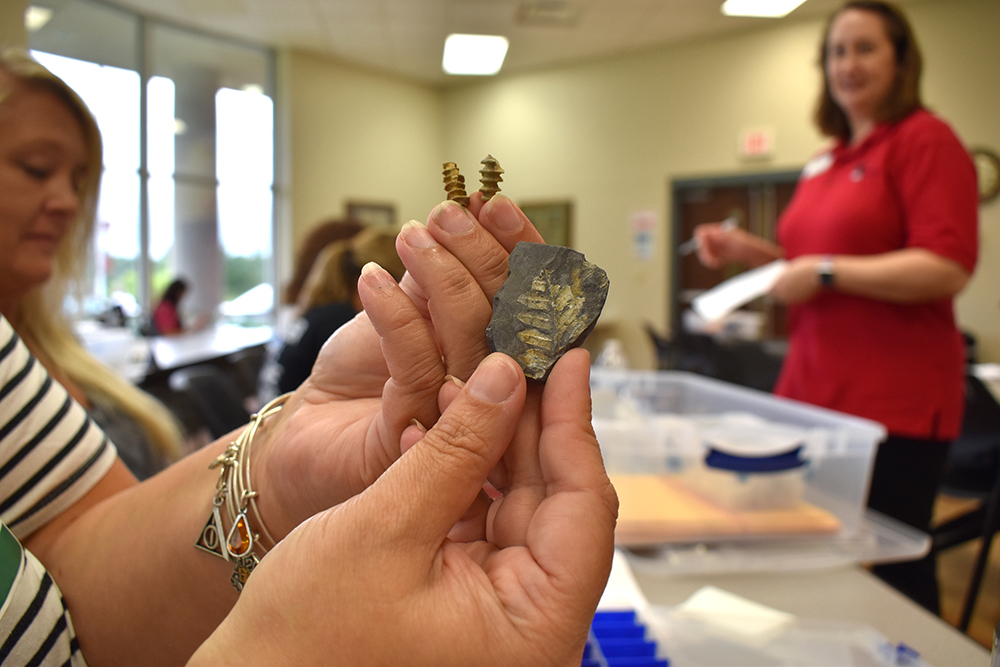 The initiative was launched by the East Tennessee Economic Council in 2010. Roane State leaders quickly became involved, and college faculty developed the first Lab-in-a-Box kits and hosted the workshops for area educators.

Roane State Chemistry Assistant Professor Sylvia Pastor has overseen the Lab-in-a-Box rollouts for the past two years, while the nonprofit Roane State Foundation administers contributions to the program.

Helping fund the latest Lab-in-a-Box initiative was the Bosch Community Fund. The Bosch Company, operating as BHS Home Appliances Corp., has a plant in nearby Jacksboro where it manufactures its Thermador brand stoves.

Among educators checking out the fossils was Lisa Lovely, who teaches at LaFollette Middle School. “It think it’s a great idea of things we can do with our students,” she said.

Her students often bring in rocks and fossils for her to identify, said Nikki Bumgardner, who teaches at Jacksboro Middle School. “This hits home,” she said. “I think it’s perfect for kids to get a hands-on look at these (fossils).”

Heather Wallace, who teaches at Jellico Elementary, agreed. “I think the children will enjoy the hands-on approach and being able to work in small groups to discover new information.”

To learn more about the Lab-in-a-Box program, visit roanestate.edu/ruralstem.