Most summer term classes are online. Campuses remain closed until further notice except for approved students, faculty and staff.
Visit roanestate.edu/coronavirus for the latest on the college's response to COVID-19. For information on CARES Act disbursements, visit roanestate.edu/CARESAct. 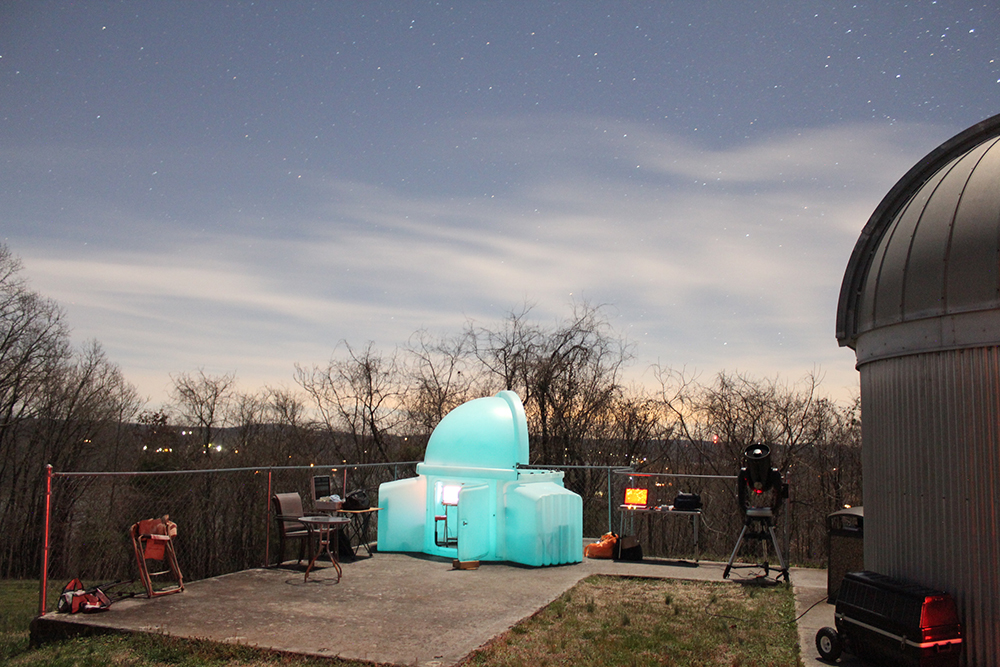 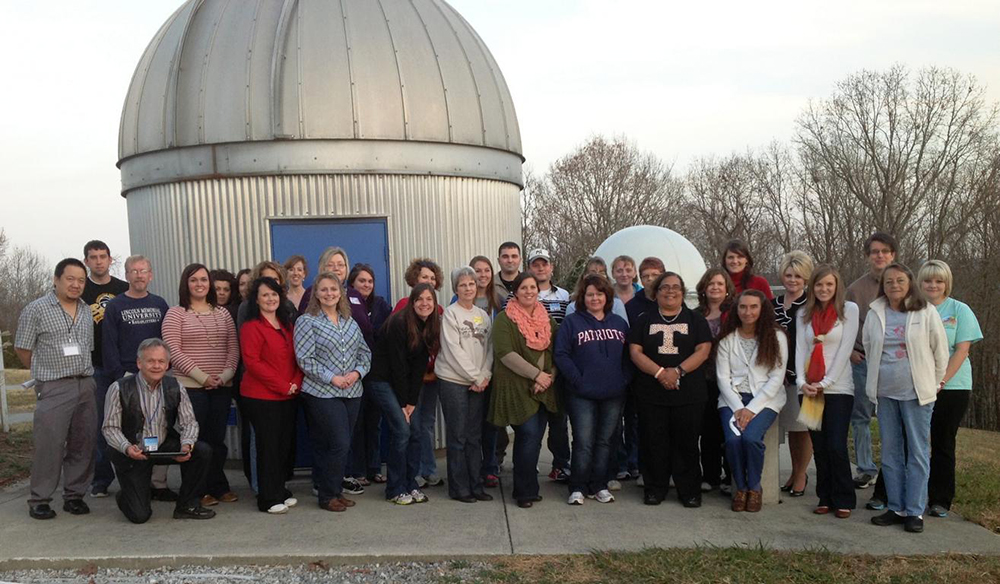 The Tamke-Allan Observatory is ideal spot for stargazers and an education venue that serves students of all ages.

This unique Roane State facility is a gateway for gazing into the heavens.

It's the Tamke-Allan Observatory, perched on a remote ridgetop overlooking Rockwood and Watts Bar Lake at the end of a winding one-lane road.

Powerful telescopes there peer into the far corners of the universe, revealing "jeweled clusters of stars, magnified glimpses of distant planets and their star-like moons, craters of the moon and elusive comets."

As the only observatory that's part of Tennessee's community college network, it's a valuable asset for Roane State students, and it's also available to the public.

Free stargazing programs are conducted on the first and third Saturdays of each month beginning at 7:30 p.m. Observing begins at dark. The site off Caney Creek Road is less than four miles from the community college's Roane County campus.

ORION, an amateur science and astronomy club founded in 1974, is closely associated with the observatory, and members are bring their own telescopes to the public viewings, said Dr. David Fields. He's the director of Tamke-Allan and ORION's president.

Fields said there's an increased emphasis on astrophotography, and the public is invited to bring their cameras and even cellphones to capture celestial images.

"Astrophotography is not a mystery, and we can help people capture their first photos through a large telescope," Field said. "It's an adventure and for some, a nighttime sport."

Noted astronomers have presented programs at the observatory, and weather balloons have been launched from the site to record a myriad of data from 100,000 feet high.

Telescopes are located in two domes at the observatory. A reflector telescope with 12-inch mirror was donated by Roy Morrow in honor of his grandson Marcus Morrow. Roy Morrow, who recently died. "Roy was one of our foremost astrophotographers," Fields said. There's also an 8-foot long refractor telescope with an 8-inch diameter lens.

The observatory includes a classroom, telescopes, observatory domes and storage area. There's also an adjacent staging area where students and visitors can mount their own telescopes for star gazing.

Gifts to Roane State were keys to the observatory's origin. The late Fronie Schweinler donated the land on one of Roane County's highest elevations, and the larger telescopes were donated as well. Another donation from the Charlotte Allan estate was a memorial to Allan's parents, Charles and Marie Tamke, and her late husband, Edwin T. Allan. It enabled the site, formally called the Tamke-Allan Environmental Center, to be dedicated in 1998.

More information about the center and the upcoming schedule of events there is available by contacting Fields at fieldsde@roanestate.edu.