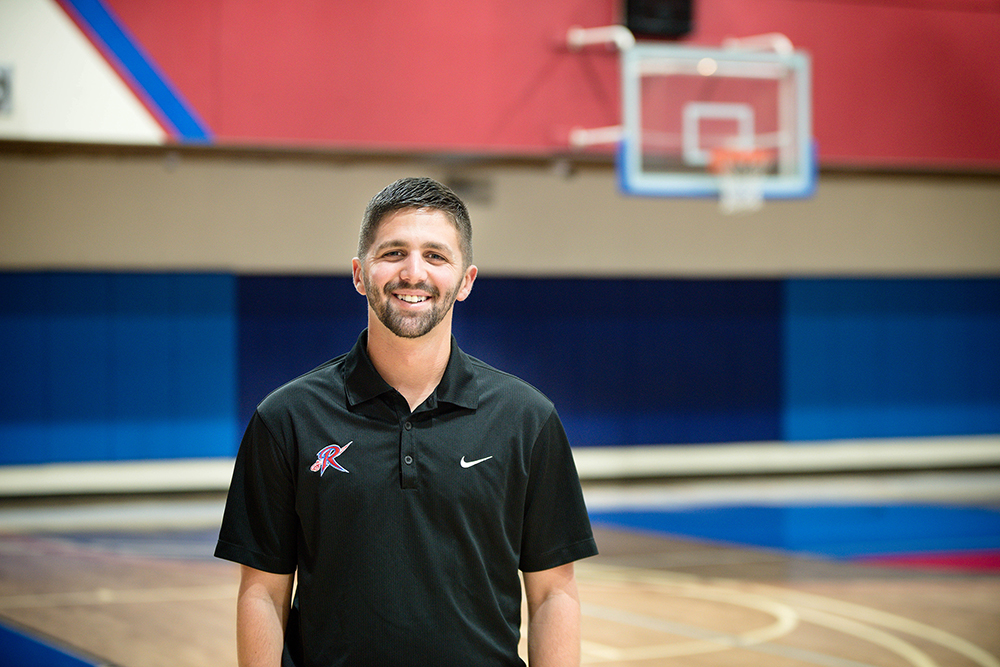 Dylan P. Bunnell of Alabama has started his duties as the Roane State Raiders' assistant basketball coach and is already proving his worth, men’s basketball head coach Randy Nesbit said.

Bunnell, 26, and Nesbit have a mutual acquaintance, and that connection eventually led to him landing the job.

Bunnell, an Alabama native, said he's "really excited" about joining Nesbit and the Raiders as they prepare for the upcoming season. He replaces Alan Holt, who had worked part-time and has landed a full-time assistant coaching position at Union College in Kentucky.

"Coach Bunnell's energy and knowledge have allowed him to hit the ground and already be very, very productive," Nesbit said.

"Roane State has a great reputation, first and foremost for its academic standing, and the basketball program is known for its character and pride," Bunnell said.

Bunnell is from Lexington, a small town in northwest Alabama. He played guard for three years on the Lexington High School basketball team, earning him all-county and all-area honors, while also playing quarterback for the school's Golden Bears football team.

He obtained an associate degree from Northwest Shoals Community College and began his coaching career at two area high schools while also teaching special education programs at those schools. He later obtained a bachelor's degree from Athens State University.

During his tenure at the 950-student school, the varsity team made the state playoffs for the first time in five years and achieved the most wins for a team in six years.

For the last five years, Bunnell had also been coaching high school basketball programs in the spring and summer under the AAU banner.

For him, Bunnell said, "Basketball never stops. This game has taken me a lot of places I would have never dreamed of and allowed me to meet some amazing people. I love using the game as a platform to develop relationships with players, families and coaches and propel kids to where they want to be as a person first and as a player second."