News: Roane State’s Hughett excels in classroom and in community 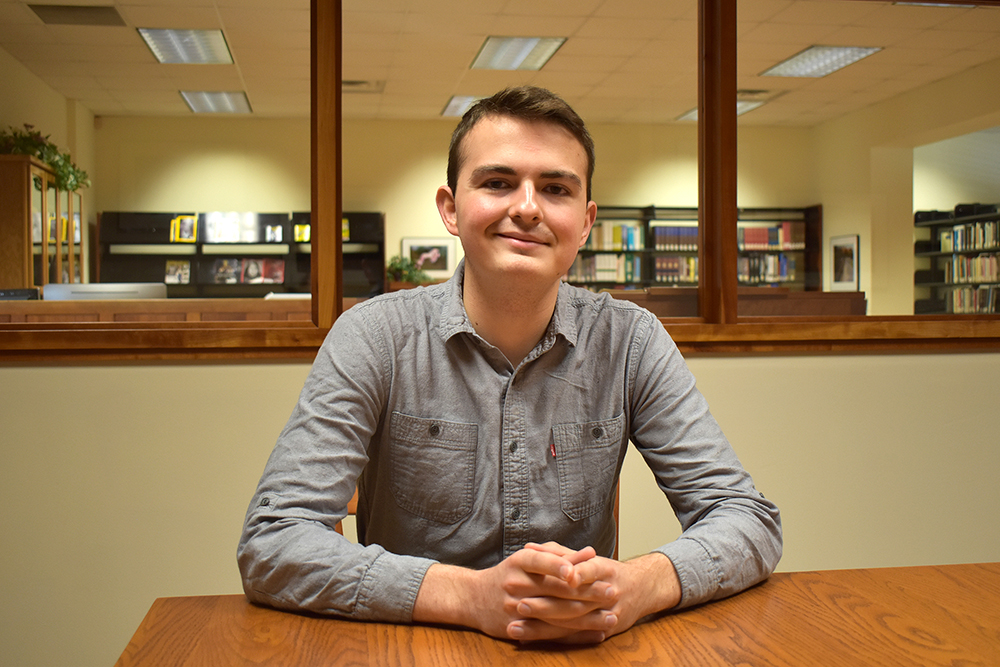 Roane State's Jacob Hughett learned how to overcome adversity and meet challenges through sheer willpower - and some help from his Mom.

As results, Hughett, 19, is a top student and an ultra-high achiever at the community college's Scott County campus. He's on his way to a bright future which has included face time with the U.S. President and scholarship offers to several colleges.

He graduated in 2018 at the top of his Scott County High School class, and as class valedictorian, he imparted wise words to his fellow classmates: "Be the change that you want to see in the world."

He also tossed in some politicking, urging students during his speech to vote for him for Scott County Commissioner. Hughett lost by a mere 61 votes in a seven-candidate field. He came close to becoming the county's youngest county commissioner.

With his ambition and energy, Hughett had numerous choices for college, and he picked Roane State.

"I love my community," said Hughett, who lives near Huntsville. "I like being here. I feel a connection here. And it's only 15 minutes from home."

As a small child, Hughett said he experienced some speech issues, but his mother Lounicia Hughett "made me read every night" and those problems gradually resolved. Then, he said he was "really overweight as a kid." Cross-county running made those pounds disappear, he said, along with encouragement from his father, Don Hughett.

Meeting and resolving challenges became a lifestyle, and ambition tagged along. He racked up more than 20 college credit hours while in high school through Roane State's dual enrollment program.

Hughett has also been active in the Phi Theta Kappa scholastic honor society and the Student Government Association and served as a senator in the Tennessee Intercollegiate State Legislature.

He's studying business and secondary education at Roane State, writes for the local newspaper, and sat in on a round table discussion with President Donald Trump about anti-drug efforts. He's also managed to keep a 4.0 grade point average.

After he graduates next school year, Hughett plans to enroll in Tennessee Tech. "I've really enjoyed all of it," he says of his academic career at Roane State's Scott County campus.

Hughett said both siblings – Michah, 26, a music teacher, and Jordan, 21, finishing his studies at Tennessee Tech – are Roane State alums.