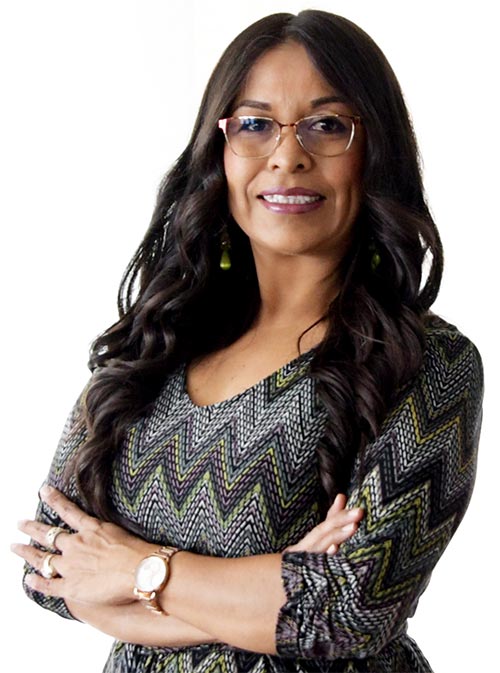 Gioconda “Gio” Duran was so surprised, overwhelmed and happy when she saw on television that she’d won Roane State’s highest student honor, she started crying.

“I couldn’t believe it,” she said when she learned she’d won the President’s Award. Even recalling the moment in a day-after interview brought her close to tears.

“It was amazing and I was very surprised,” Duran said of the televised announcement. “My family was by my side, and with hugs and tears they also joined the emotional and unforgettable moment. This is just great and unbelievable. I’m so humbled and honored.”

Because of COVID-19, the college’s annual ceremony to honor students for academic achievements was conducted virtually and announced at the same time on Facebook, YouTube and Channel 15 on April 21. President’s Award winners receive $1,000 and a trophy.

A native of the Central American country Costa Rica, Duran is planning to become a high school Spanish teacher. She enrolled at Roane State through Tennessee Reconnect, a grant program that covers tuition for adults.

Duran on Awards Night was also the recipient of the Christa McAuliffe Education Award, named in memory of the teacher who was one of the seven astronauts killed in the Space Shuttle Challenger disaster in January 1986.

Until the COVID-19 pandemic closed schools, Duran had been a bus driver for the Roane County School System, driving a bus for two hours each morning and afternoon and attending Roane State classes in between. Her husband, John Duran, has also been a Roane County school bus driver.

They have a 20-year-old son, John Duran Jr., and a 9-year-old daughter, Jayleen Victoria Duran.

Going to college “has not been easy,” Duran said. “It’s hard when you’re 45 years old and a parent and you work. I’d like to thank Roane State for all they’ve done for me, especially the Learning Center. Every time that I work on a different project, I feel so secure to go there.”

The college’s Awards Night has been a fixture at Roane State since the college was founded in 1971. Current Roane State President Dr. Chris Whaley was the recipient of the President’s Award in 1989 when he was a student.

“Gio Duran is an exceptional student and community leader,” Whaley said. “She is a proud Tennessee Reconnect student who has demonstrated her academic excellence in the classroom and her passion to care for others by volunteering and leading Student Teacher Education Association service projects.

“Gio also volunteers her time in the Roane State Food Pantry. She is an asset to the college and to the community.”