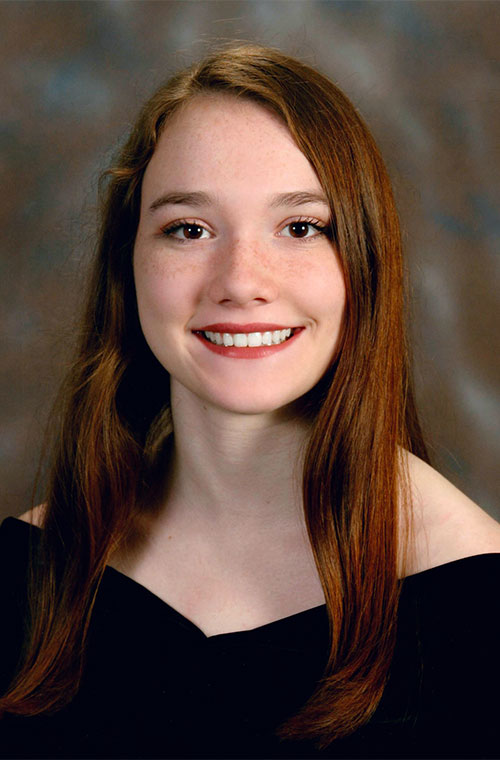 With help, she established her own path.

Claire originally signed up for the college’s dual enrollment program when she was a high school sophomore. But the Lenoir City resident wanted more.

She learned about Middle College and decided it was for her. College officials, high school counselors and her parents, Laura and Mike Matzek, encouraged her and helped her learn about the curriculum.

She made the move to transition to Middle College halfway through her junior year, and she’s believed to be the first Lenoir City High student to enroll in that program.

Claire graduated from LCHS this month and also attained an associate’s degree from Roane State. “That will be a cool thing to have,” she said of her degree.

“I’m very glad I did it,” Claire said of her move into Middle College. She said it will cut the time it takes to obtain a bachelor’s degree in forensic science from Middle Tennessee State University. She’s already been accepted there.

Her long-term, ambitious goal: to become an FBI agent. She intends to apply for an FBI internship after her first year at MTSU.

Roane State’s dual enrollment program has been offered at Lenoir City High and numerous other area high schools for several years. In that curriculum, students take college-level courses and receive both high school and college credits.

While in the dual enrollment program, Claire made the short drive from the high school to Roane State’s Loudon County campus. She’d take two or three college-level classes and then return to the high school for courses there.

Claire used to drive to Roane State’s Oak Ridge Branch Campus for Middle College classes ranging from chemistry to calculus. “It was a lot of driving, but I think it was worth it,” she said.

Her scholastic challenges increased with the COVID-19 pandemic, which prompted the college to close campuses and convert to online classes only.

It was harder to stay motivated, Claire admitted. “I struggled to get up in the morning and get going. It was at first easier to put off school work,” she explained before settling into the new schedule.

With online classes, one professor used Zoom software to interact with students, another posted lectures on YouTube, while a third used a combination of Zoom and YouTube, she said.

Claire said her chemistry professor, Dr. Sylvia Pastor, “did really well with the transition to online classes” and praised the professor’s organizational skills. Claire said she had Pastor for her initial chemistry class and also took Chemistry II with her this spring. “I really like her,” Claire said.

Calling herself an introvert, Claire said her parents have been very supportive of her academic endeavors. “Mom has helped a lot,” she said.

“I have never seen a student come in and know exactly what they want to do and was so meticulous about it,” said Susan Williams, director of Roane State’s Loudon County campus. “She had a plan from day one and she has followed through perfectly.”