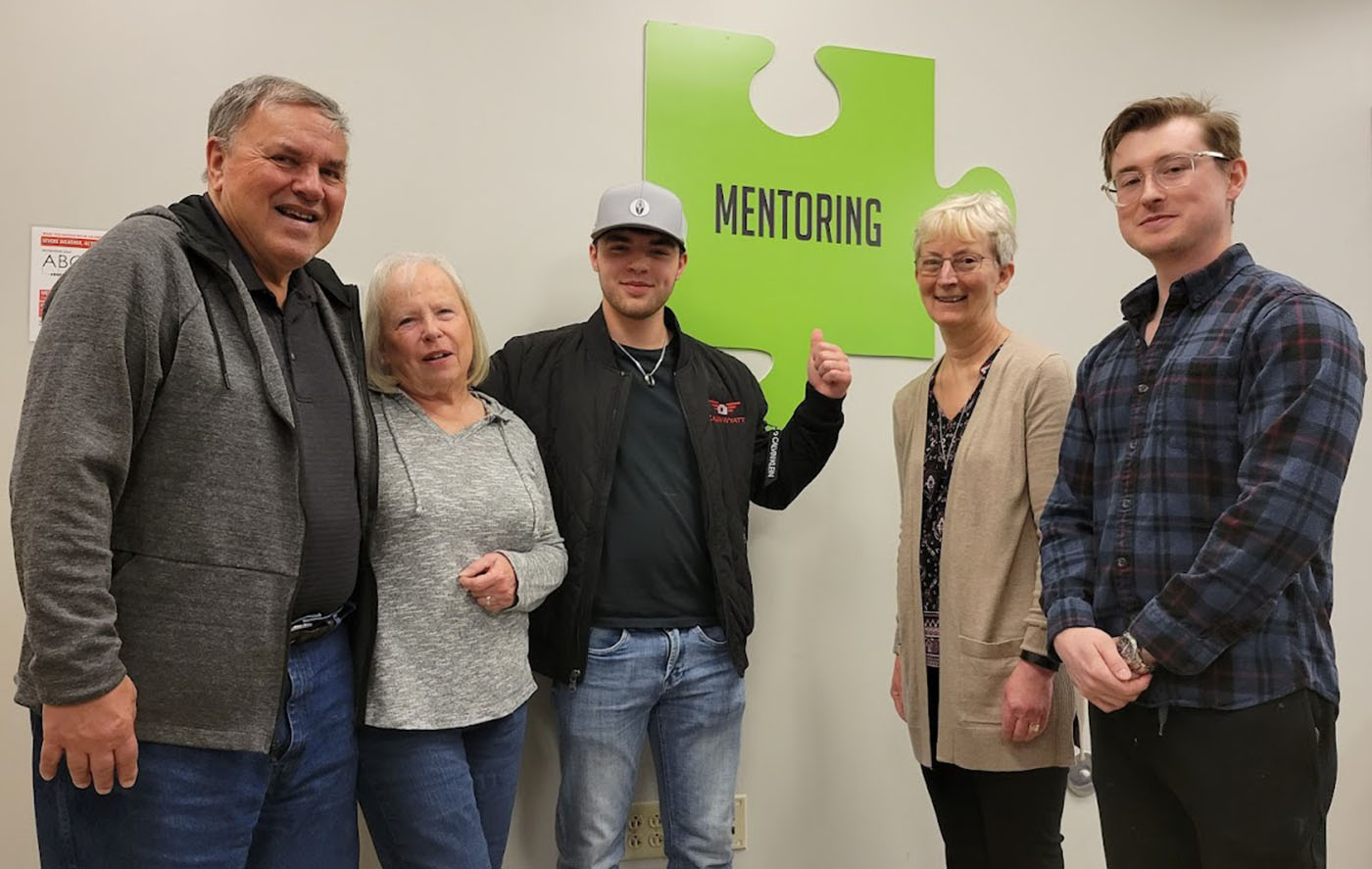 Pictured are Joe Swift (left) and his partner, Kathy Kendzior, who has assisted with the mentoring process as well as classroom sessions related to investing. Also shown are Calvin Wyatt (center), Holly Hanson, and Christian Heislop (far right).

Roane State’s Cumberland Business Incubator (CBI) is housing a ‘think tank’ for an inventor pursuing solutions to some of the world’s most vexing problems.

An office in the CBI, located next to the community college’s Cumberland County campus, is the home for LCR Dynamics, LLC.

A Fairfield Glade resident, who is a retired materials scientist with more than 100 patents to his name, and his partner are seeking federal grants to underwrite and advance their research.

Joe Swift had a distinguished career working for Xerox. He described his partner, Christian Heislop, as a “computer science genius.”

Swift moved to Fairfield Glade after traveling across the country in search of a retirement home. He said he learned about the CBI from director Holly Hanson during a fundraising breakfast for a local fire department. “Serendipity works,” he said of his good fortune in encountering Hanson.

She asked him to teach a class for local business people, and that helped him establish a network of contacts. It also piqued his interest in establishing a research and development facility.

He said he met Ray Blevins, a retired expert in government contracting, and he and Heislop began pursuing several grants. ”I want to be an active part in changing the world,” Swift said.

They’ve set up shop in the CBI, which houses several startup firms and has a track record of enabling fledgling businesses to grow and move out on their own.

Blevins told the partners that grant money was available for researching solutions to the COVID-19 crisis.

“He (Blevins) asked if there was anything we could do in that area, and it didn’t take us a minute before we said, ‘Certainly,’” Swift explained.

The researchers invented a non-contact medical diagnosis system that involves a complex array of high resolution and thermal imaging cameras, sensors and other high-tech devices and computers to determine if a person has contracted COVID-19.

The researchers are also looking into more efficient ways of charging electric vehicles that involves a vehicle with a generator that can send an inductive electrical charge to a moving vehicle.

At the suggestion of Hanson, Swift has also begun mentoring a local Roane State student, Calvin Wyatt, who has expressed interest in becoming a stock market day trader.

“He (Calvin) is aggressively pursuing his goals, and he’s extremely enthusiastic about the prospect of using his newly acquired experiences to make money,” Swift said.

Swift said the CBI is “an incredibly valuable local resource that helps others reach their goals.”

Swift says he’s 73, and his personal philosophy is “you never stop learning.”