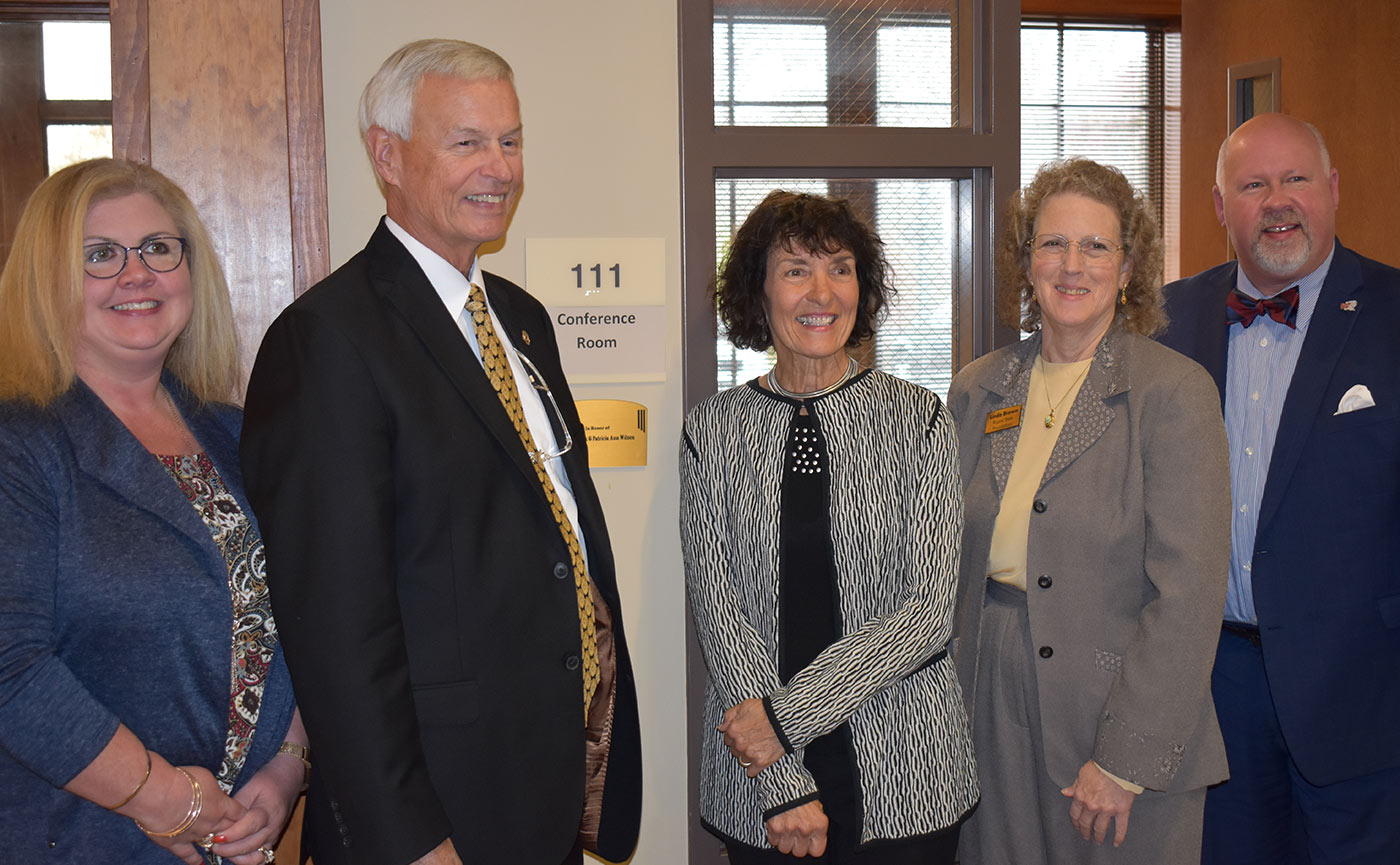 A couple that has supported Roane State’s Morgan County campus since it opened its doors in 2008 was honored for ongoing support of the community college during a ceremony where the conference room was named in their honor.

That room just off the building’s main lobby is now the James Frank and Patricia Ann Wilson Conference Room. The Tennessee Board of Regents recently gave its approval to the move.

“You are changing lives and giving students a chance at a brighter future,” Roane State Community College President Chris Whaley told them. “Thank you for the difference you are still making.”

“We believe our contributions to Roane State students give us the greatest return from our giving and create the greatest benefit to others. We’ve done this without any hesitation and without being asked,” said James Frank Wilson. “The students here are wonderful. They just need some help.” In 2017, he helped spearhead the successful launch of a fundraising drive for scholarships for Roane State students attending the Morgan County campus.

“It’s good to give back to the community,” Neal Richardson commented. He and his wife, Jeanne Richardson, are longtime Morgan County residents who have also been working with the Roane State Foundation to boost educational opportunities.

Wilson is presently on the board of directors of the Roane State Foundation and its executive committee and is chairman of its investment committee. He is also a member of the Morgan County Site Support Team. He serves as a member and external vice president of the Oak Ridge Breakfast Rotary Club and is vice president of its foundation.

Patricia Ann Wilson was a schoolteacher at Willow Brook Elementary School in Oak Ridge for 12 years. Over the years Mr. Wilson has taught chemistry and physics to college freshmen and business law to college seniors. The Wilsons have four children.