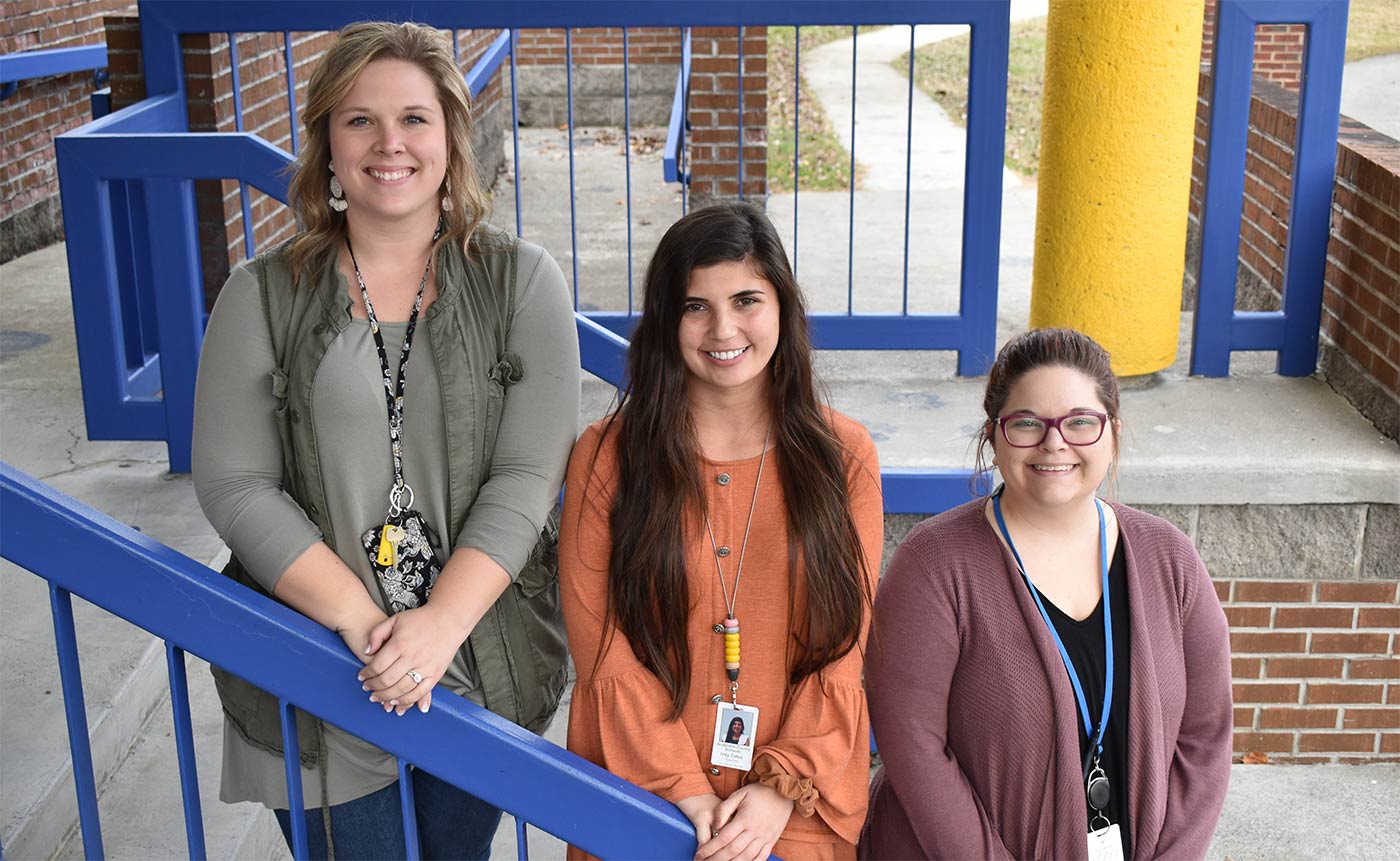 They were strangers when they first began attending Roane State, became fellow students in a cohort of the “2+2” program and ended up as first-year teachers in the same Anderson County elementary school at the same time.

“I’m very surprised we all ended up at Claxton (Elementary),” said Tiffany Wilson of Wartburg. Also graduating from Roane State with an associate’s degree and then from Tennessee Tech with a bachelor’s degree last May were Ivey Cates of Rocky Top and Montana Ashley of Coalfield.

Wilson said she initially applied for employment throughout East Tennessee, while Ashley’s job search spanned three counties. Cates said she did her student teaching at Claxton Elementary, so that school was a natural fit.

Wilson is now a kindergarten teacher at the 447-student school, while Cates teaches second grade and Ashley is a fourth-grade educator.

The three women said they had similar reasons for going to Roane State: It’s close to their respective homes and affordable. Wilson, who had been a stay-at-home mom for 6 years, said she “felt a connection to Roane State. It felt like more of a family.”

Wilson benefited from the Tennessee Reconnect scholarship, where older, returning students are eligible for a state grant that covers tuition. Cates said the state’s Tennessee Promise grant – typically available for new students just out of high school - covered the last-dollar part of her tuition. Ashley said she heard good things about Roane State from friends, and grants also helped her financially.

All three women gave good reviews of their Roane State experiences. Ashley cited Casey Cobb, who teaches history, as a standout educator. “He teaches with such enthusiasm,” she said, adding that she’d never been a history buff, “but he made it more interesting.”

They all had praise for Associate Education Professor Cody Miller. “She didn’t sugarcoat anything,” Ashley said. “She prepared us for future education courses,” Cates added. “We could talk to her about anything,” Wilson said.

After graduating from Roane State, the three women stayed on Roane State’s Oak Ridge campus and became part of a 21-member cohort in the “2+2” program. That’s where educators from Tennessee Tech teach bachelor-degree level education courses for two years after the students finished their Roane State studies.

Ashley described the curriculum as “rigorous.” Wilson said she wasn’t prepared for the workload at first.

With the first months of teaching behind them, the new educators gave their initial verdicts on their chosen profession. “It’s been fun, even though it’s stressful at times,” Ashley said. Wilson said her kindergarteners can “test you” on some occasions.

“I love my kids,” Cates said. “I feel like this is what I’m supposed to be doing.”