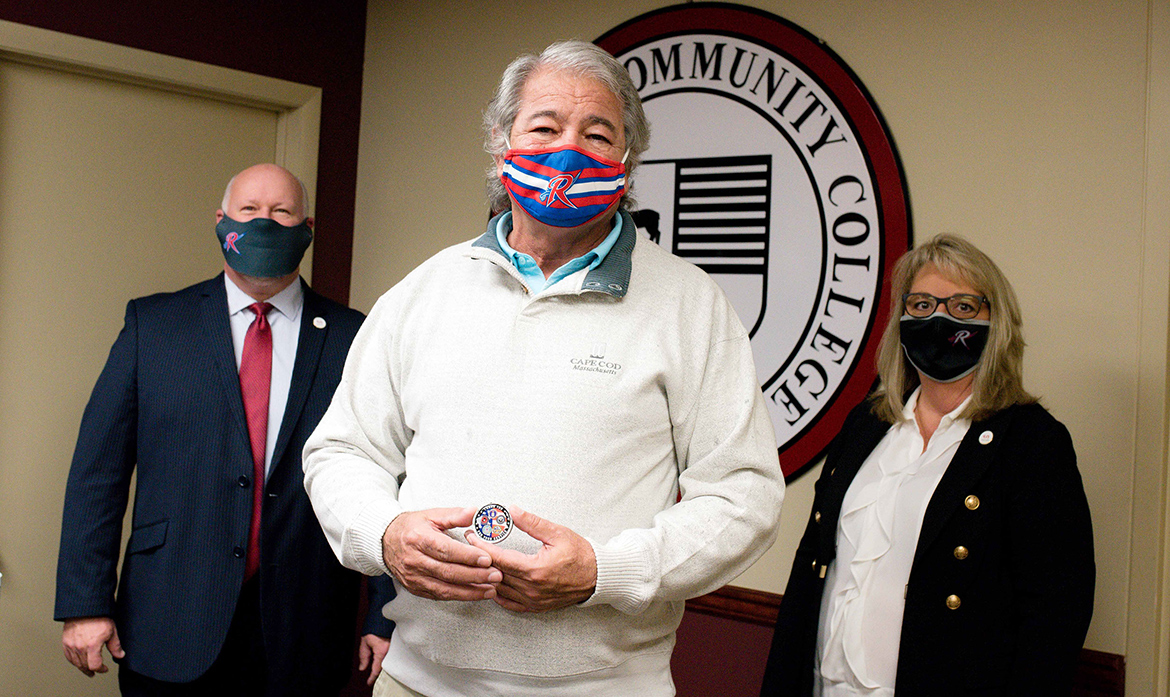 Interim Dean of Mathematics and Sciences Bruce Cantrell, an associate professor of biology, received the commendation. He was presented with the special Challenge Coin on behalf of the Tennessee Board of Regents and Chancellor Flora W. Tydings. 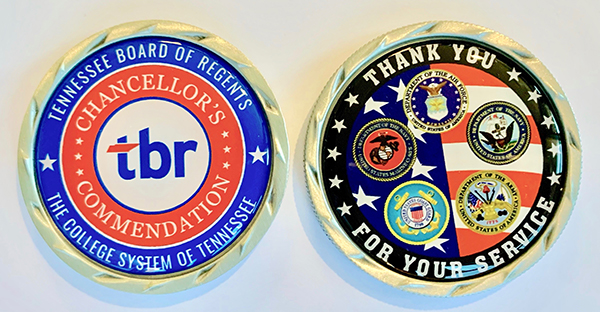 As part of Veterans Day observances, leadership at community and technical colleges across the state nominated a veteran for the Chancellor’s Commendation. “These 34 men and women represent the spirit and values of our colleges, their communities – and the highest ideals of military services,” Tydings said.

“Words just cannot express the appreciation we have for our nation’s heroes,” Dr. Whaley said. “We are so proud to award one of our own with this commendation on Veterans Day. Interim Dean Cantrell is a perfect example of someone who puts his unique experiences and leadership abilities to work in the classroom.”

“I want to thank [Roane State] for nominating me for this prestigious award and for recognizing veterans,” said Cantrell. “I also thank Chancellor Tydings for coming up with the idea, and I hope it continues forward.” Cantrell said there are hundreds of veterans system wide. “I feel humbled and I’m honored,” he added.

Cantrell is a Vietnam combat veteran who served in the White House and Camp David during the administrations of Presidents Ronald Reagan and George H.W. Bush.

He was in the Navy from 1969 to 1973 and the Army from 1977 to 1992, concluding his service with the rank of major. Cantrell earned 16 awards and decorations during his military service.

His civilian and academic accomplishments are as notable. He’s been an associate professor of biology at Roane State since 1992 and was a state representative for the 32nd Legislative District from 1994 to 1996.

During their stay, they held weekly “Classroom Under the Sea” educational sessions that included a visit from Apollo 11 astronaut Buzz Aldrin.