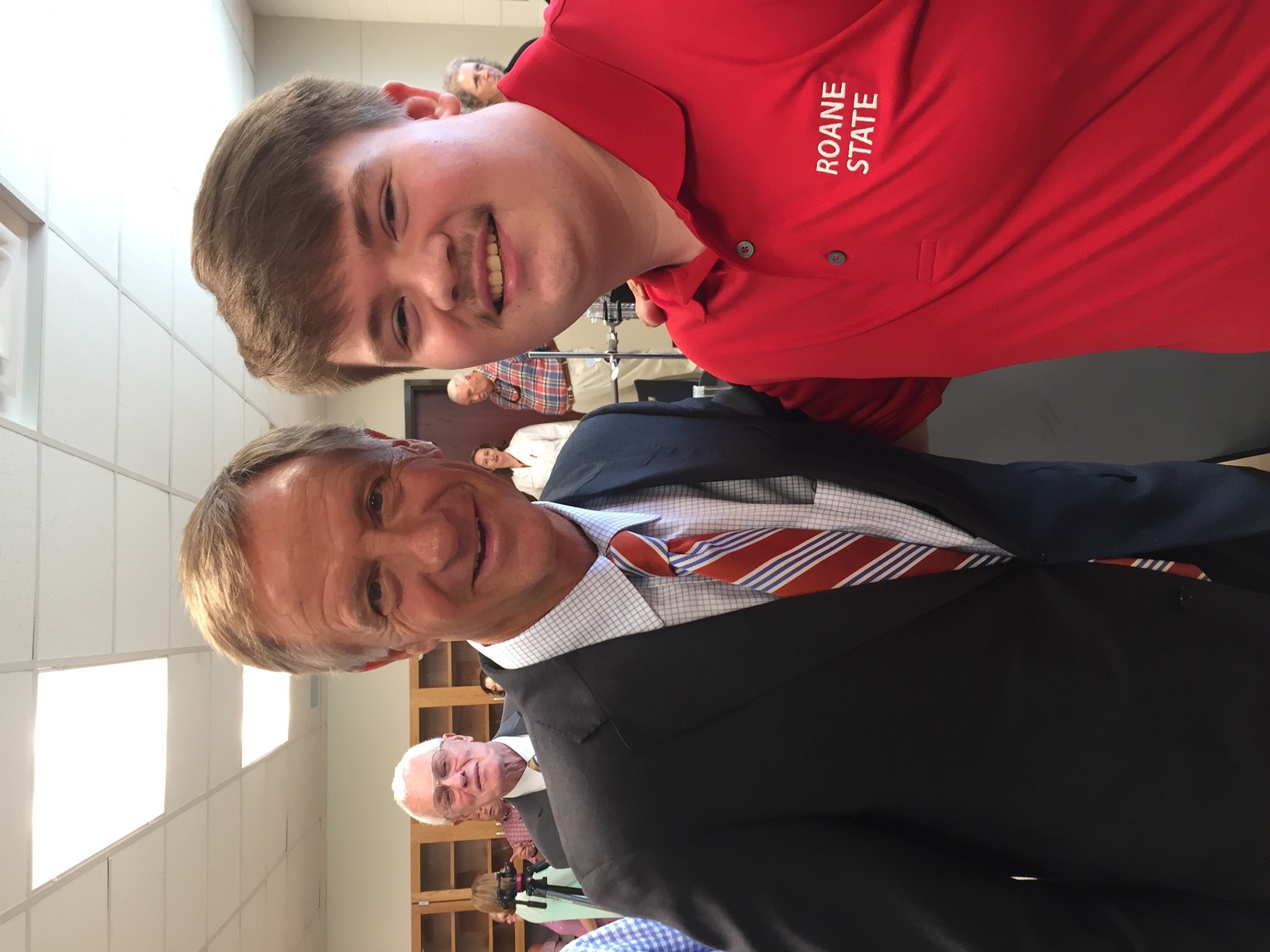 A tragic event and a determined mother forged Blake Ivey’s character and his drive to become a doctor. Now, he’s achieved numerous top academic awards, just graduated from college at age 19 and has been accepted into medical school.

The heartrending event happened when Blake was 9. He and his mom were with his grandfather, Vance Irwin. They had stopped at a gas station in Campbell County after Irwin, 59, said he couldn’t breathe.

“I’d seen symptoms of a heart attack, and I was trying to comfort him while an ambulance was on the way,” Ivey recalled. “It never seemed like words were enough. I was feeling helpless, and I wanted to know how to solve the problem. He was a father figure to me.”

The other key to Ivey’s exceptional record of achievement: his mother, Melissa Ivey. “I’ve seen her drive and determination and perseverance. I look at her as a role model. As a single mom, she’s had to work numerous jobs, but she was always there when I needed her.”

Ivey joined Middle College when he was 16 and a Campbell County High School junior. In that program, high school students who are accepted take Roane State classes in the mornings and return to their high schools in the afternoons. Those who complete the rigorous regimen graduate from both high school and the community college at the same time.

“It went great for me,” he said. He made all A’s in high school, where he was the valedictorian and class president for all four years, and at Roane State, where he was named the community college’s top Middle College student. Middle College is offered on several Roane State campuses. He also won the prestigious Ann P. Minter award for chemistry student of the year.

Ivey quickly cites Roane State Associate Professor Steve Ward as “the best teacher I’ve ever had. Whenever I had problems with chemistry, he was always there to help me.”

One of the highlights of his affiliation with Roane State was when then-Governor Bill Haslam visited the Campbell County campus to tour a new wing of labs and classes. “I presented him with a Middle College T-shirt. It was one of the best experiences I’ve ever had.”

He’s now been accepted at the Lincoln Memorial University Medical School in Harrogate.

“I would love to become a family doctor and come back to rural Campbell County and help people,” Ivey said. “There aren’t that many doctors in Campbell County, and I want people to have adequate healthcare.”

For more information on the Middle College program, visit roanestate.edu/middlecollege.