Two couples who have given very generously to Roane State in numerous ways over the years have been honored for their ongoing philanthropic efforts with the presentation of awards from the Tennessee Board of Regents (TBR) and TBR’s chancellor. 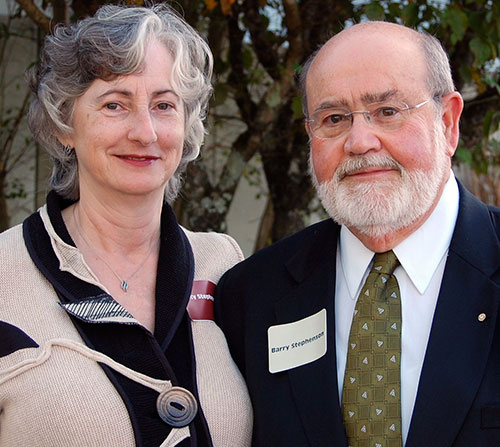 Both couples were honored during a recent event on the Roane County Campus that also commemorated the college’s Statewide Outstanding Achievement Recognition (SOAR) award for 2020. The celebration was delayed from last year due to COVID-19.

The Stephensons have supported Roane State for more than 15 years, most notably through a scholarship endowment of more than $400,000 supporting nursing students from Roane County.

Barry Stephenson’s leadership on the Family Medicine Associates of Kingston Board of Directors helped establish the endowment with the remaining funds after the organization met its goals and dissolved. His wife, Lucy Stephenson, previously worked for Roane State for several years as an educator in the college’s prestigious nursing program.

Barry Stephenson also was a driving force behind the creation of the innovative “Lab-in-a-Box” program. That public-private partnership underwrites science kits, including materials and lesson plans that are aligned with the state's curriculum, for several categories of STEM (Science, Technology, Engineering and Mathematics) lessons. Fossils, the physics of friction and robotics are kit topics that are provided to nine rural schools in Roane State’s service area.

The Stephensons launched Materials & Chemistry Laboratory, Inc. (MCLinc) in Oak Ridge and have given more than $175,000 in support to the college.

Barry Stephenson is a longtime member of the Board of Directors of the Roane State Foundation, the nonprofit that raises money to provide support for Roane State students and programs. He will again serve as chairman of the board starting in July. 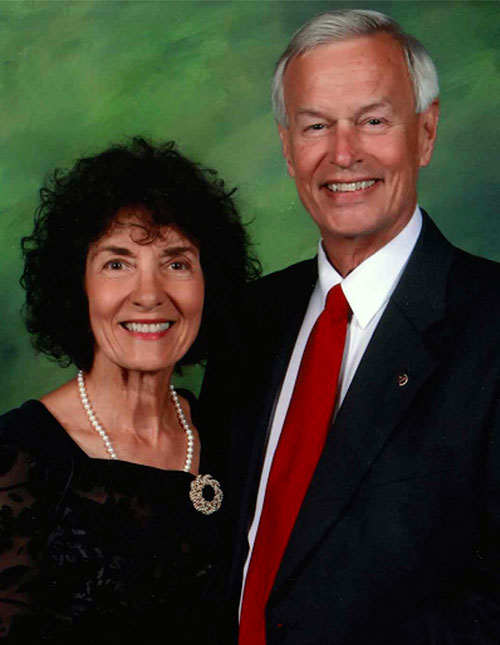 Today, the scholarship endowment named for the Wilsons totals more than $1 million, and James Wilson has given notice that “he’s not done yet,” TBR Chancellor Dr. Flora L. Tydings said in a video shown during the March 29 event.

Wilson ran a successful law practice in Wartburg for more than 40 years and managed numerous real estate holdings and investments. He organized Citizens First Bank and was its chairman from its inception in 1995 until its merger in 2019.

James Wilson joined the Roane State Foundation’s Board of Directors in 2017 and he spearheaded a local donor cultivation event that year. He’s credited with almost single-handedly raising more than $40,000 in private contributions for scholarships specifically to support students from Morgan County. He’s been a Foundation board member for more than three years and is currently the chair of the Foundation’s Investment Committee and a member of its Executive Committee.

Wilson is also chair of the Foundation’s Legacy Committee, which is ramping up this year to promote planned gifts to Roane State. James Wilson “remains a strong advocate for the college and the giving opportunities through the Foundation,” Chancellor Tydings said in the video. His wife, Patricia Wilson, was an elementary school teacher for 12 years with Oak Ridge Schools.

Tydings noted that the Wilsons continue to add to their Foundation endowment, and several Morgan County students are benefitting from the scholarship funds each semester. She said the Wilsons have “broadened their support to students from Fentress County as well.”