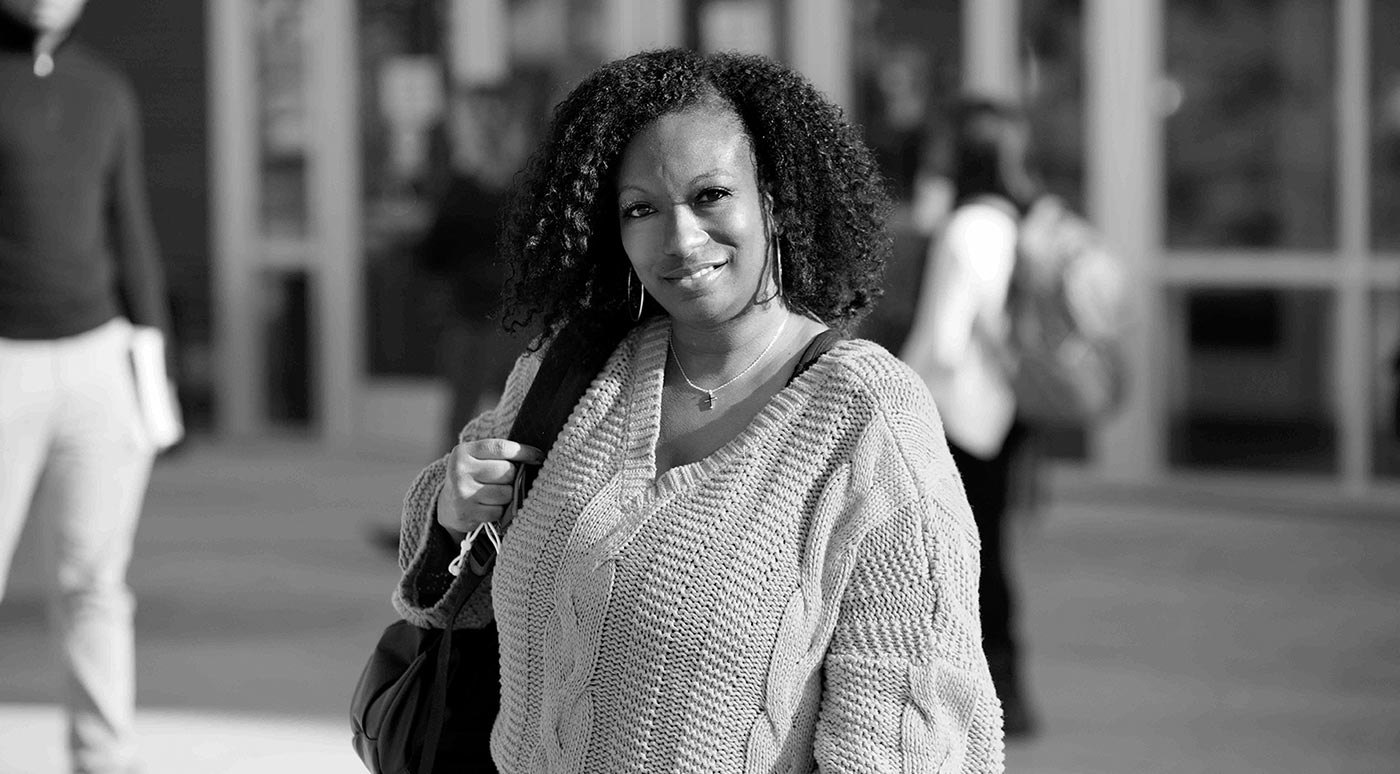 The Tennessee Reconnect program, which makes it possible for Tennesseans age 24 and older to attend community colleges tuition-free, was life-changing for Knoxville resident Myneshia “Neshia” Fears.

Enrolling at Roane State “is the best decision I’ve made so far,” she said. “I would recommend Reconnect to anyone. Most people who are older are afraid to go back to school because of their age.”

“But age doesn’t matter once you get to college,” she added. “Besides, you are really going back to school to better yourself.”

Fears, 43, will graduate in August with an associate degree in criminal justice, but she said she’ll be allowed to “walk across the stage” during May’s ceremonies.

Roane State Success Coach Kimberly Scarbrough, whom Fears calls her “college mom,” has played a huge role in her success, she said.

“I have learned so much from Kim,” Fears said. “Without my success coach, I would be lost. She’s helped me with every single question. Because of her, I’ll be the first person in my family to graduate from college.”

As for the Tennessee Reconnect program, Fears says she “would recommend Reconnect to anyone, no matter [their] age.”

Fears’ decision to go to college came after she was abruptly laid off from a sales job she had for 10 years. It was a wakeup call. “It let me know it was time to invest in myself, and my Dad always said the best investment is in yourself.”

After the layoff, Fears moved to Georgia and started attending a very large technical school, which she said wasn’t a good experience.

Moving back to Knoxville, she enrolled in Roane State in 2018 and started taking courses in a different major. “It wasn’t what I wanted to do,” she explained, so she made the switch to criminal justice.

“I want to be a crime scene technician, but everything is open and the sky is the limit.” She said she’s already applying for some positions such as court clerks and data entry jobs.

Most of her Roane State classes are now online because of the pandemic, but that doesn’t faze her. “I’m pretty computer savvy,” she said. “I have really enjoyed all the classes I’ve taken at Roane State.”