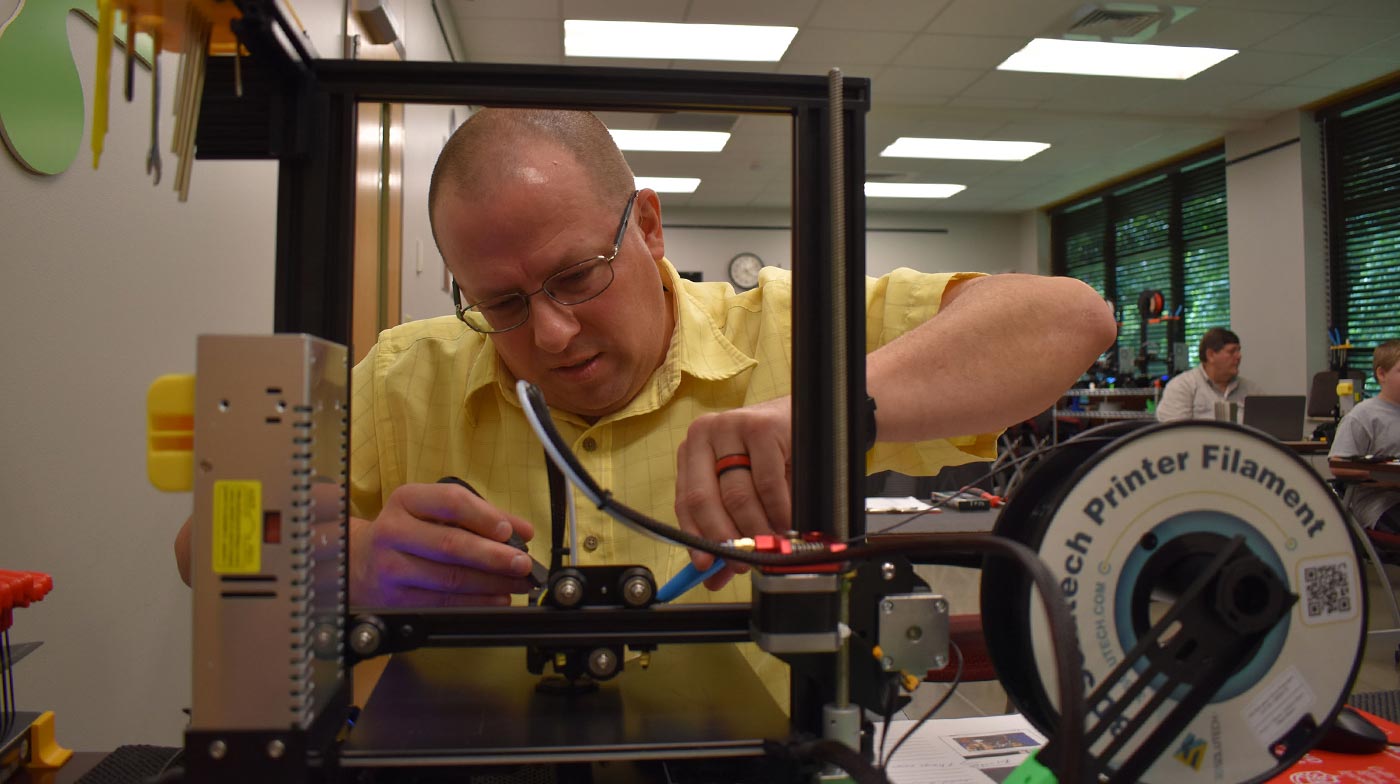 Cory Sanford puts the finishing touches on a 3D printer he put together during a class at Roane State's Cumberland Business Incubator.

Kingston resident Cory Sanford, who calls himself a “gearhead,” is using the 3D printer he assembled to make footrests and other components for manual transmission vehicles.

James Lamburg, a student at Cherokee Middle School in Kingston, utilizes the 3D printer he put together to manufacture small model trains.

Fairfield Glade residents Pat Ricciardo and Steve Olmstead are making accessories for their respective woodworking shops with their 3D printers.

They are the latest graduates of a class offered at the Cumberland Business Incubator (CBI), which is operated by Roane State Community College next door to the college’s Cumberland County campus.

The classes are offered every three months, said Tom McDunn, a volunteer instructor at the CBI. The facility offers classes on starting businesses and also leases office, lab and manufacturing spaces to area startup firms.

3D printing has gained tremendously in popularity. The devices make objects by depositing thin layers of material – often plastics – in successive layers based on a computer software design.

Those camps were the springboard for the program, McDunn said. Since then, 31 participants have attended the “Build Your Own” workshop. An Ender 3 club meets monthly for the hobbyists to share best practices and show their creations. Ender 3 is a type of 3D printer.

“This class has been amazing,” said Sanford, a retired guard for a federal maximum-security prison in Florida. He learned about the class from his wife, Dawn Sanford, who works in Roane State’s financial aid department on the college’s Roane County campus.

The numerous 3D printer components were in boxes, and class members built their printers from scratch with step-by-step instructions, Sanford said.

Sanford intends to create a variety of vehicle accessories, including oil caps and cellphone holders, with his 3D printer. 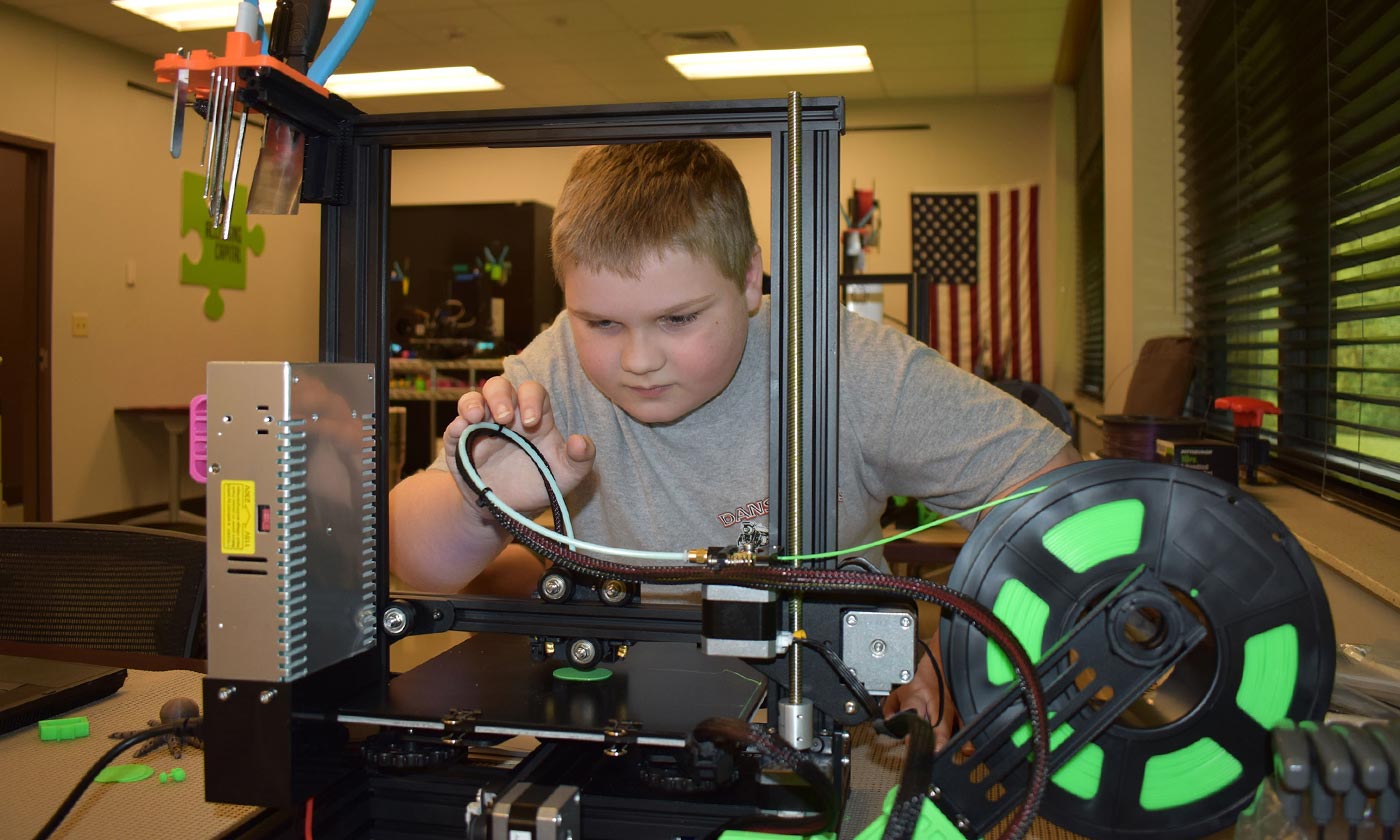 James Lamburg tinkers with the 3D printer he put together during a class at Roane State's Cumberland Business Incubator.

“It was tough to put together,” 12-year-old James Lamburg said of the do-it-yourself kits. “You have to make all sorts of connections.”

“I have wanted to do 3D printing for a year now, so of course I like the class.”

McDunn said the 3D printer classes are announced on the events calendar on the CBI website at cbimakerspace.com/cbi/events2. Information is also shared through the CBI email newsletter. Sign-ups are available by texting “CBIMAKERSPACE” to 22828.