News: "Don't know how it could be much better," Wartburg student says of Roane State 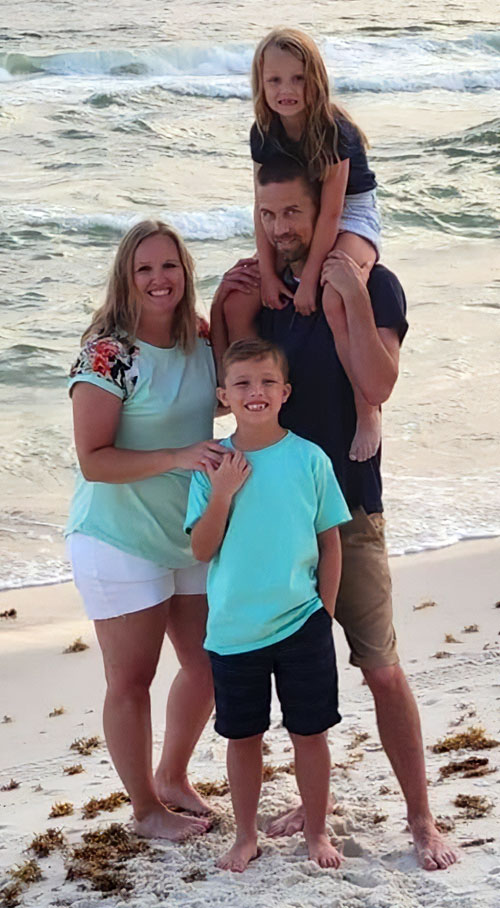 Justin Fritts was well on his way to becoming an elementary school teacher when a serious crash changed the course of his life.

Fritts was critically injured on January 25, 2006, when he was hit head-on by an intoxicated driver in Coalfield.

One leg was broken in seven places, and Fritts said he lost an estimated 70 percent of his blood through a head injury.

The Morgan County native went through a year of rehab and recovery when his destiny again was altered.

At first, he conducted autopsies under a doctor’s supervision and estimates he has done about 200 such postmortems. Now, most of those procedures are done at UT Medical Center, he said.

Fifteen years later, Fritts supervises the pathology department at Parkwest and says he loves his job.

He had spent a semester at Roane State after he graduated from Coalfield High School in 1999. Now, he’s back at Roane State as an online student through the Tennessee Reconnect scholarship program where older adult students can take classes tuition-free.

His return to studies was sparked by changes in the state certification requirements for his job. He will have met those new standards by the time he receives his associate degree in May. He currently maintains a 4.0 grade point average.

“This is the first time I’ve ever taken classes online, and it’s been great,” Fritts said, adding that he spends two to three hours each weeknight on his studies.

Assistant Professor Dr. Elizabeth Weaver is his instructor for probability and statistics. “She’s been very helpful and very quick to write back” when he has questions, Fritts said. “She’s very professional and very good.”

Adjunct instructor Dr. Don Miller’s online videos for his Tennessee History course “go in depth on everything,” Fritts said. “He knows the questions before you ask them.”

Overall, he said of his Roane State experiences, “I don’t know how it could be much better.”

Outside of his studies, Fritts said, “I have a lot of irons in the fire.”

He’s on the board of directors of the Wartburg Boys and Girls Club and is the director of the club’s soccer and basketball programs. He’s also the youth pastor for Pine Ridge Baptist Church in Harriman.

Fritts and his wife, Milicent, are the parents of Kayman, 9, and 6-year-old Mila, and they make their home in Wartburg.