The Oak Ridge Campus Coffey Library is temporarily closed through July 11. See instructions on requesting library items during this time. 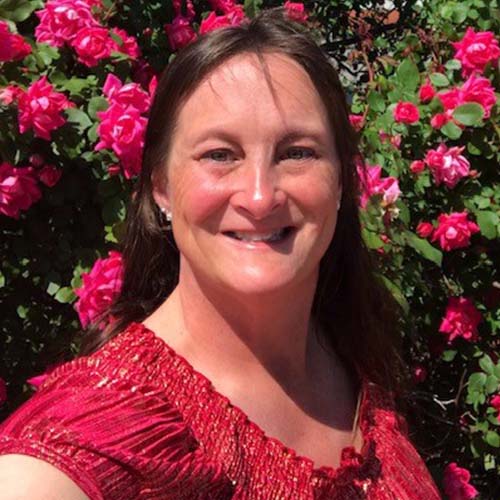 Vanessa Turpin just graduated from Roane State’s Chemical Engineering Technology program, and she says that diploma means “the sky’s the limit” as far as job prospects are concerned.

“There are so many things that you can do with that degree,” said Turpin. ”I really want to provide more for our children.”

Vanessa lives in Kingston and is a 1996 graduate of Roane County High School. She first attended Roane State in 2005 to obtain a certificate. Vanessa and her husband James are the parents of two daughters, Scarlett, 7, and 4-year-old Sienna.

For more than 20 years, Vanessa Turpin has been working for U.S. Department of Energy contractors on the Oak Ridge Reservation.

Turpin enrolled in 2019 in Roane State’s chemical engineering technology program, where students are taught how to monitor, control and troubleshoot automated chemical processes.

It’s an academically challenging series of courses, she said. “There’s a lot to think about, and the job involves a lot of troubleshooting,” she said.

Turpin said math isn’t her strongpoint, and she was nervous about algebra since she hadn’t taken a class in it for more than 25 years. She said adjunct faculty member Teresa Kovalcson played a key role in helping her overcome her fears. “I was at my wit’s end and about to give up, but she was an inspiration to keep going.”

Turpin said adjunct Dave Cecala oversaw her team’s capstone project where they ran an experiment multiple times to find the optimal operating conditions. Recently retired from Y-12 National Security Complex, “he is very laid back and down to earth, and possesses great knowledge in engineering.”

Other standout adjuncts are Linda Puzey and Bob Milazzo, Turpin said. She said program director Laura Hofman is “very personable” as well as helpful and knowledgeable.

Turpin is a Tennessee Reconnect student, a category for adults either returning or just enrolling in higher education institutions. Those students aren’t billed for tuition.

She recently was invited to join the Roane State chapter of the honor society called Tennessee Society of Leadership and Success.

Turpin took her Roane State classes in the evenings after her full-time job and tending to her two young daughters. “The biggest thing was time management,” she said of her busy schedule. “It can be a bit stressful.”

What’s next for Turpin and her family? “Hopefully a vacation,” she said.