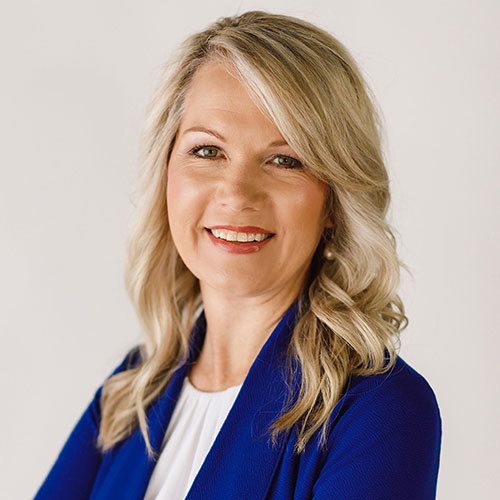 For Amanda Hicks, the third time was the charm when it came to completing her degree at Roane State Community College’s Fentress County campus.

Armed with that degree and her experience working in local governments, she decided to run for Fentress County Clerk in the August General Election. She won by more than 300 votes.

Hicks says life’s interruptions caused the 24-year interval between her first enrollment and the awarding of her Roane State associate degree in contemporary management. She finished with a perfect 4.0 grade point average.

She first enrolled right after graduating from York Institute in Jamestown in 1996 but had to step aside to help take care of her sister, who was dying of cancer.

Hicks then entered the work-a-day world, employed first in the accounting office of the local Walmart and then as manager of a Verizon store.

She re-enrolled in 2010 and completed two semesters, but job demands proved daunting and she put getting her degree on the back burner.

She found her calling in local government as an administrative assistant for the Jamestown mayor and city recorder.

For the last seven years, Hicks has been the executive assistant to the Fentress County Executive. Hicks said in that position, she’s the county’s liaison with residents and county employees. “It gives me a chance to help the community,” she said.

Hicks said her interest in increasing her education was rekindled, first through community involvement courses offered by the local Chamber of Commerce and then with Roane State after she decided to finish her degree.

“With her guidance, I was able to see the possibilities of finishing my degree,” Hicks said.

Online courses leading to that contemporary management diploma fit her lifestyle, and she enjoyed them, Hicks said.

She added that she became friends with fellow students from Kingston and Crossville in breakout sessions during Zoom classes. Standout educators included Bradley Fox and Christopher Ahler, Hicks said.

Because she returned to college after being away for several years, Hicks was a Tennessee Reconnect student. That enabled her to obtain a degree without having to pay tuition.

“I would encourage anybody thinking about going back to school to do so,” Hicks said. “Roane State will go above and beyond to prepare you for success.”

Information on programs and resources available through Roane State’s Fentress County campus can be found online at roanestate.edu/fentress. For details on free college tuition for eligible adults through the Tennessee Reconnect program, visit roanestate.edu/reconnect.