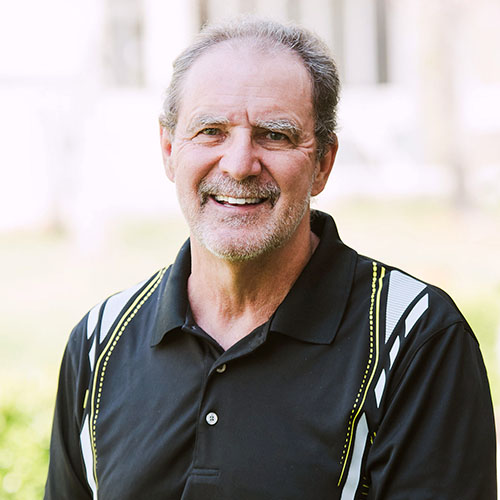 A Roane State English professor who is an award-winning poet has been inducted into the Lincoln Memorial University Literary Hall of Fame.

Dr. Ralph Monday received the prestigious recognition during a ceremony in October at LMU’s Grant-Lee Hall.

A bronze plaque with Monday’s photo engraved on it will be displayed in Grant-Lee Hall with other winners of the annual literary award, which was launched in the 1920s.

Monday was also presented with an engraved glass trophy. “I’m very honored and humbled to have received the award,” he said.

Monday teaches Composition I and II, along with World and American Literature and Humanities, at Roane State Community College’s flagship campus in Roane County along with RSCC’s W.H. Swain Scott County Center for Higher Education in Huntsville.

Monday said he spent his first three years as an undergraduate at LMU’s campus in Harrogate. To meet award guidelines, “LMU considered me an alumnus,” he said.

He was nominated for the honor by a longtime friend and fraternity brother, Henry Viens III, who lives in Boston. Members of the LMU Board of Trustees approved Viens’ nomination.

Monday is widely published in journals in the United States, Europe, Mexico, and Australia. He is the author of five books of poetry and is finishing the last chapter of the second volume of a Humanities textbook.

The two volumes will be published next fall by Kendall Hunt, a major publisher of textbooks based in Dubuque, Iowa.

Monday is the author of five books of poetry and his new collection of poems, titled The Book of Appalachia, will be released in 2023. He also plans to write a memoir of his life.

Monday grew up in Claiborne County near the Kentucky state line and received his undergraduate and master’s degrees from the University of Tennessee Knoxville. He earned his doctorate in higher education leadership from Northcentral University in Arizona.

The Harriman resident is married and has two grown sons.