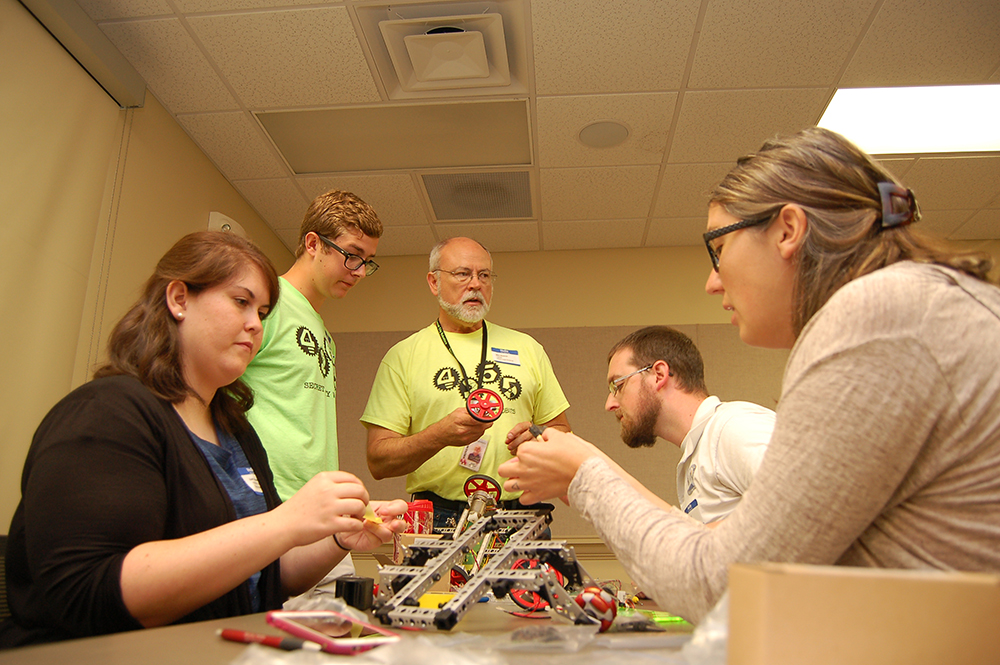 From deciphering the ancient stories in fossils, to the physics lessons in friction, to assembling and operating robots, area teachers now have the latest educational tools thanks to the Rural Communities STEM Initiative Lab-in-a-Box program.

Developed in 2010, the Lab-in-a-Box program has won thumbs-up reviews from teachers for its earlier kits involving physical and earth sciences.

“The students are enthusiastic. The teachers are appreciative, and test scores have improved,” said Roane State Chemistry Professor Sylvia Pastor, who oversaw this summer’s workshops.

In the first rollout of this summer’s Lab-in-a-Boxes, middle school teachers on June 30 switched roles with students to learn the intricacies of assembling and operating 1,000-plus piece robots.

“Rural schools often have little funding and supplies, and this is an opportunity to get resources to my students,” said Susie Brown, a science teacher at Lenoir City Intermediate Middle School. She and other educators were given computer tablets containing step-by-step photo instructions for assembling the robots.

Clinton Middle School teacher Kelli Hansen noted that many careers now – and even more so in the future – are in technology and robotics. “We want them (students) to have experiences in technology and not be fearful of it,” she said. 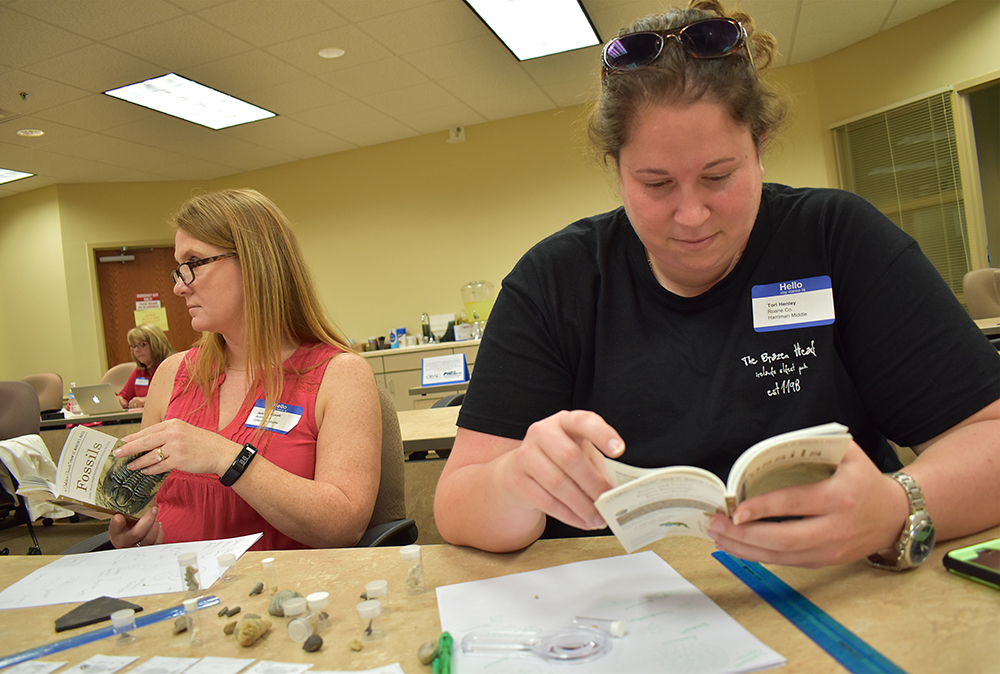 With fossils on the desk in front of them, Roane County educators Jennifer Mynatt, left, of Cherokee Middle School, and Harriman Middle School teacher Tori Henley study manuals during the July 14 workshop on Roane State’s Lab-in-a-Box program. The workshop was held at the Pollard Technology Conference Center at Oak Ridge Associated Universities.

Roane State Geology Professor Arthur Lee led area educators through the July 14 “Lab-in-a-Box” about the ancient history of extinct plants and animals contained within fossils. Teachers received two dozen fossils, a guidebook and other handouts to help their students uncover the past.

It’s also an inexpensive way for her to increase her educational toolbox, she added. 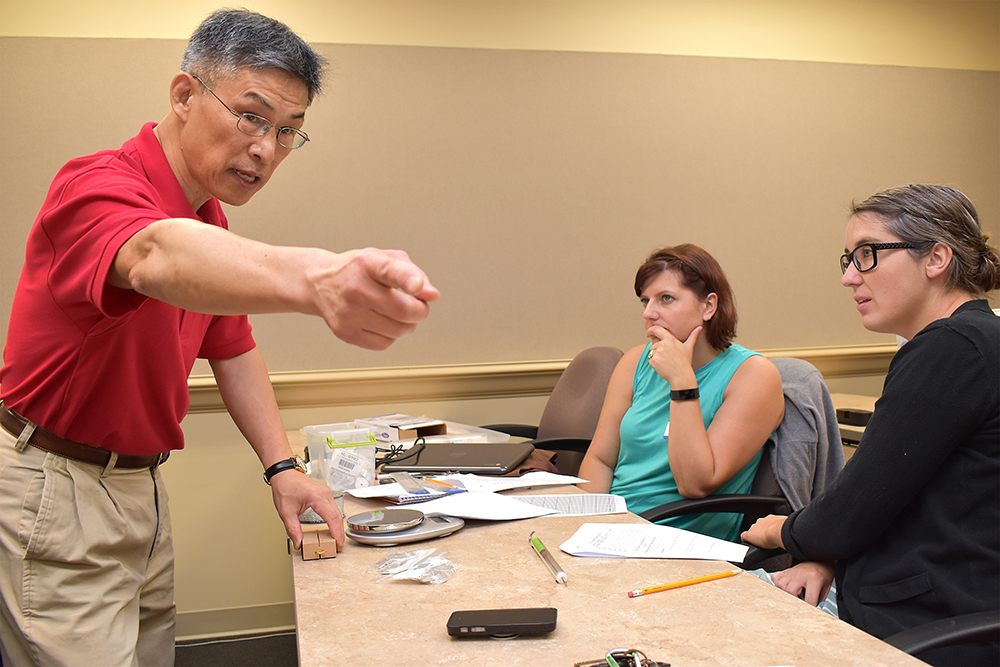 Phillip Hyun, Roane State assistant professor of physics, mathematics and sciences, points to a component of a Lab-in-a-Box during a workshop on July 14 about frictional forces. Seated are Rhonda Webster, left, an educator at Oakdale School in Morgan County, and Jade Mason, a teacher at Philadelphia School in Loudon County. The workshop was held at the Pollard Technology Conference Center at Oak Ridge Associated Universities.

“These resources will be a great benefit to our small school,” said Rhonda Webster, a teacher at the Oakdale School in Morgan County. “Just to receive digital scales is incredible,” she said.

Jade Mason, science teacher at the Philadelphia School in Loudon County, said the kit “so easily connects to the standards we will have to teach.”

Tax-deductible corporate and individual donations to help fund the Rural Communities STEM Initiative and its Lab-in-a-Box program can be made through the Roane State Foundation by calling (865) 882-4507.