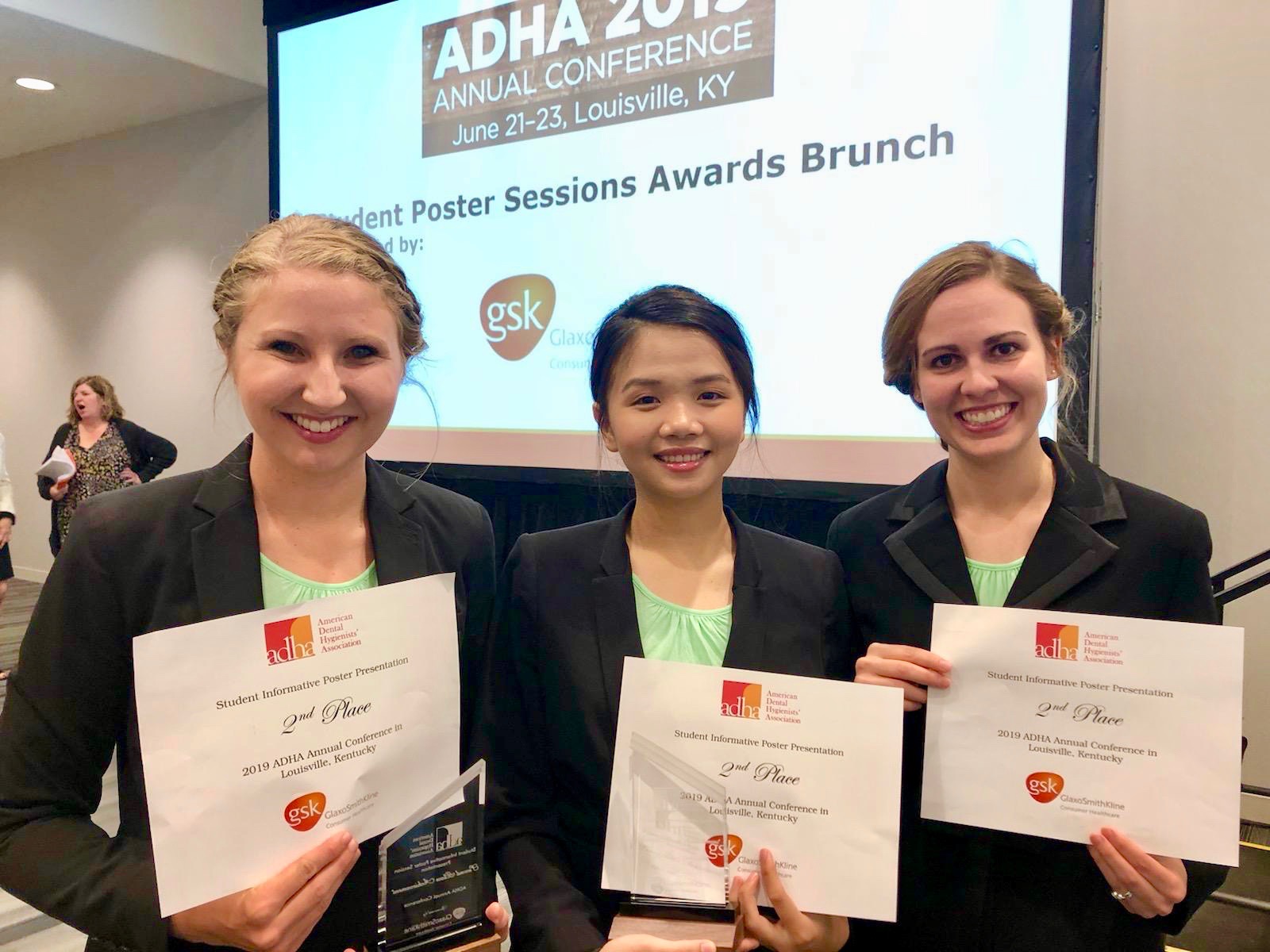 It's a repeat – twice – for Roane State's dental hygiene program.

Students Kayla Burchfield of Lenoir City, Han Vo of Powell and Andrea Layne from Clinton were the state and national winners.

Competing against 35 other teams from colleges across the nation, they captured the second-place finish in the national American Dental Hygienists' Association's National Poster Research competition. The event was held in June during the ADHA's annual conference in Louisville, Ky. It's an annual opportunity for dental hygiene students to showcase their knowledge of current concepts in dentistry.

Their national finish earned the Roane State students trophies, certificates, a monetary award and a $500 grant for Roane State's dental hygiene program. The students will also be featured in an upcoming issue of Access Magazine, the periodical of the national association.

The state competition in the Tennessee Dental Hygienists' Association's conference was held in April in Nashville.

The students' presentation at both the state and national competitions was on dentistry and stem cells, Gill said. "I'm pleased to see the students recognized for their hard work and dedication to their chosen careers," she added. "They are truly deserving."

"I'm so very proud of all of them," Gill said. "The students had a lot of positive things to say about the competition and were very grateful for the opportunity to go and compete."