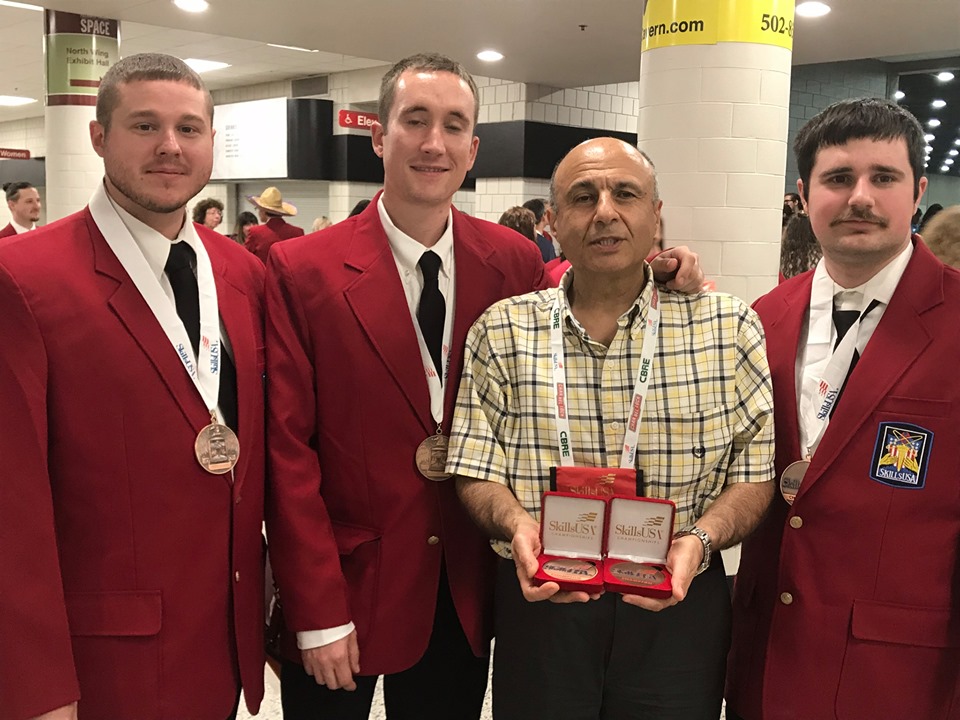 Kevin Spakes, who graduated in May and had a full-time internship at Oak Ridge National Laboratory, won his honor for programming, while Cory Watson and Dylan Tipton took home the bronze for cybersecurity.

Watson also interned full-time at ORNL after his graduation in May, while Tipton is a rising sophomore at Roane State.

The 2019 National SkillsUSA conference was held in June in Louisville, Ky., and some 6,500 students from across the country competed.

"These lab groups mimic many of the lab groups that students worked on in our CITC 1351 Foundation of Information Assurance class that I taught in the spring of 2019," Professor Meghabghab said. "They faced more than 40 competitors, including high school students from all over the U.S. They even had to pass the ETA ITS certification."

"In the programming competition, our students worked on pretest the first day with at least 30 programming and logic questions and had to solve two programming problems the next day," Meghabghab said.

"Kevin was well-prepared for the competition, since he had to take three Java programming courses that are all taught by me," Meghabghab said. "Kevin finished both problems in less than four hours and with at least 500 lines of Java programming code. He also faced stiff competition from more than 40 competitors including high school students from all over the U.S."

The trio last spring captured gold medals in programming and cybersecurity during the state SkillsUSA event, attended by 2,400 students, teachers and business partners.

"I'm proud of our champions and their accomplishments," Meghabghab said. He said Roane State students in that growing field of study will again participate in the SkillsUSA competition next year.