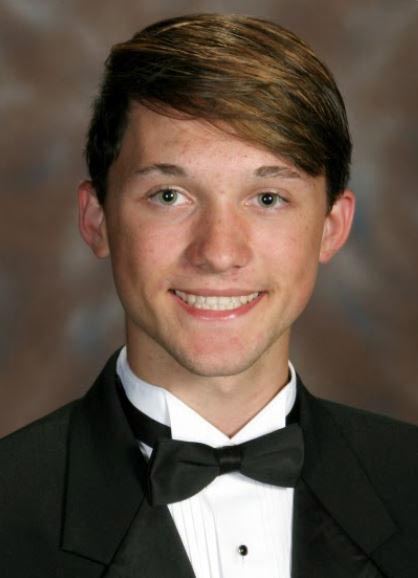 A former Roane State dual enrollment student is aiming to become a veterinarian, and the community college’s dual enrollment regimen has given him a head start on that plan, Christien Grantham said.

Grantham, 18, graduated from Lenoir City High School in May, and with his Roane State dual enrollment classes, he’ll be able to start at the University of Tennessee-Knoxville with a half-semester’s worth of college credits.

He made the short drive from high school to Roane State’s Loudon County campus for two years, taking classes ranging from English to statistics.

Grantham said that the coronavirus pandemic threw him for a loop during senior year. “It’s a bummer to have prom and graduation still up in the air,” he said at the time of his interview.

It also required him to take his first-ever online college class – Comp II – as Roane State studies moved to online formats after spring break. Online classes were “more of a struggle,” he admitted. “[Your] self-discipline isn’t there yet. It’s definitely very tempting to push things off.”

Grantham is an enthusiastic supporter of dual enrollment, saying he highly encourages other Lenoir City students to consider that academic route. “It pushes you to become more mature and disciplined and prepared for college while still having the familiar comfort of high school.”

Some of his earlier experiences have pointed Grantham toward a specific career goal: He wants to become an exotic animal veterinarian for Disney’s Animal Kingdom, part of Disney World in Orlando, Florida.

He’s a certified scuba diver and has been swimming with 10-foot bull sharks in the Disney World aquarium. In the wild, he’s snorkeled with six-foot-long black tip reef sharks in the Caribbean. “I like the weightless feeling of it,” he said of his scuba diving experiences. “It’s almost humbling to swim around and know you’re not in total control.”

Grantham’s passion for animals was sparked, he said, through his volunteer work at two veterinary clinics and an animal emergency clinic. The son of Daryl and Vicki Grantham of Lenoir City, Christien has already been accepted at UT and will enroll in the pre-veterinarian program next fall.

He said he learned about Roane State’s dual enrollment program from his high school guidance counselor. Everyone involved in dual enrollment is “very eager to see you succeed,” he said.