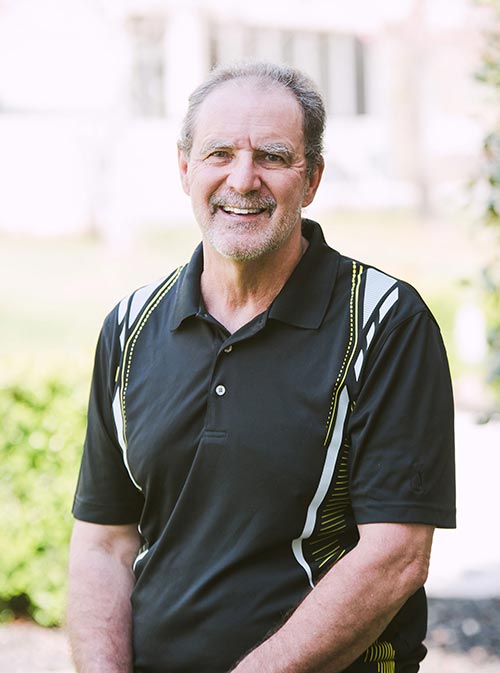 Roane State English Professor Ralph Monday says he believes “poetry is the greatest of all the art forms,” and he’s been honing that craft since he was in high school.

“I think that poetry says what can’t be said any other way,” said Monday, who has been teaching at Roane State since 1985. While he’s at the age he could retire, he has no plans to do so and cares deeply about his workplace. “I enjoy what I do,” he said.

He teaches Composition I and II, Humanities and World Literature. Monday designed and wrote the first volume for the Humanities textbook and is finishing the second volume, which will be marketed nationally. He also has plans to write a memoir of his life. He grew up in the southern Appalachian mountains of Tennessee’s Claiborne County near the Kentucky state line.

“Roane State is one of the best community colleges in the nation,” Monday said. He added that the staff and faculty “are a dedicated group of people interested in giving students a great education.”

Monday’s latest collection of poetry, titled “Bergman’s Island and Other Poems,” was published earlier this month by Terror House Press. It’s described as an “independent publishing house focused on nurturing and promoting the best up-and-coming writers of our generation.”

Monday is a long-time contributor to Terror House Magazine. His latest effort was originally published online in 2017. “Terror House Press is proud to bring Monday’s clear-eyed verse and trenchant observations on modern America into print,” according to a statement from the publisher.

Many of Monday’s poems focus on time, the inevitable losses that result during its passage, and nostalgia for days gone by. He said he works out of the modernist tradition from the first half of the 20th century.

Monday received his undergraduate and master’s degrees in English from University of Tennessee-Knoxville and his doctorate in higher education leadership from Northcentral University in Arizona.

He started his Roane State career as an adjunct professor and also taught at Pellissippi State Community College. He was promoted to full professor in 2012. The Harriman resident is married with two grown sons.

Monday has had hundreds of his poems published in more than 100 journals and 10 countries. While he receives royalties from his books of poems, he says “You never get rich as a poet.”