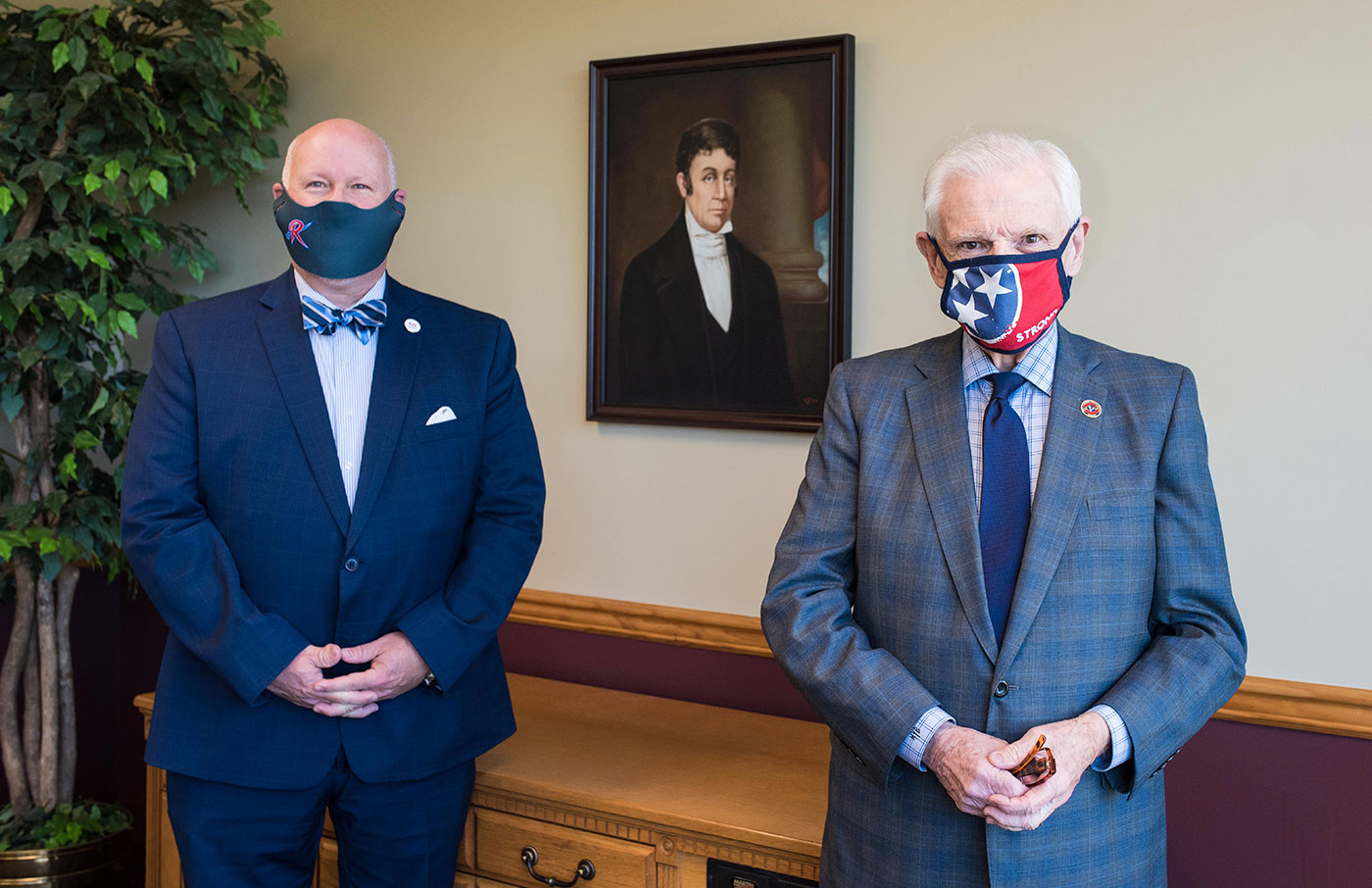 A replica of a portrait of the man for whom Roane State Community College is named is now prominently displayed in the President’s Conference Room in the college’s Dunbar Building on the Roane County campus.

Archibald Roane served as Tennessee’s second governor from 1801 to 1803, and the framed replica of his portrait was donated to the college by Sen. Ken Yager, a long-time Roane State supporter.

“We’re so excited to have this,” Roane State President Chris Whaley said. “It will be the focal point of the room.”

Yager said he received permission to make a copy of the original portrait, an oil painting by artist C.J. Fox, and that replica was transferred onto canvas through what Yager described as a “highly technical process.”

Yager said the portrait by artist C.J. Fox is part of a collection of historical depictions that are contained in the Tennessee State Museum in Nashville.

The senator, who for years served as Roane County Executive, said he received permission to have the original portrait loaned to him, and it’s now part of the décor in his Nashville office.