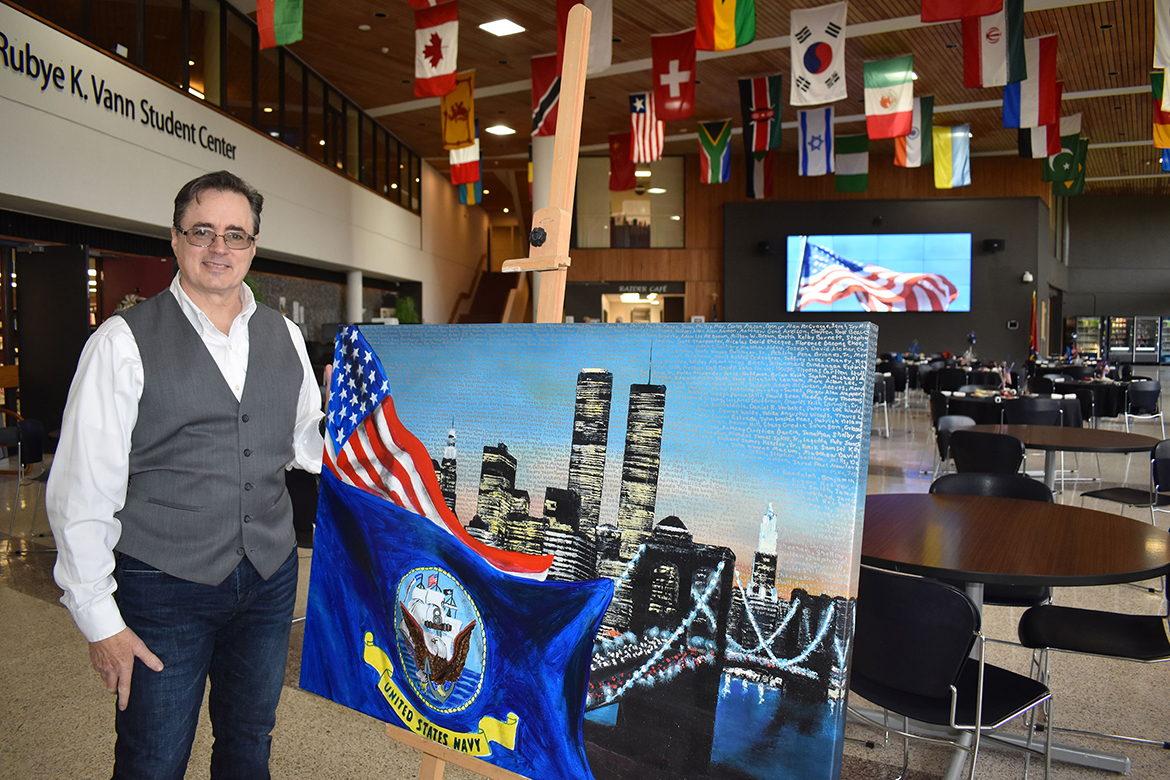 Artist Craig Stevens’ paintings frequently have the American flag as the theme, and several of his creations are on display through Dec. 3 in the O’Brien Gallery on Roane State’s main campus in Roane County.

Many of Craig A. Stevens’ works of art, with the American flag as the prevailing theme, deserve a closer look.

From the conventional viewing distance, the vibrant colors of the country’s flags in different settings and conditions capture the viewer’s attention.

But move closer, and hundreds of names - painted in tiny print - of those killed in various conflicts become evident.

“His work is quite patriotic,” said Roane State educator Ann Morphew, who has known Stevens since they were classmates at Cumberland County High School. “The hidden (or quiet) messages are powerful, as he honors individuals and teams who serve and sacrifice.”

Stevens’ creations are now on display in the O’Brien Gallery, located in the O’Brien Building on the Roane County campus of Roane State Community College.

The exhibit will be on display through December 3. The gallery is open from 10 a.m. to 2 p.m. ET, and appointments may be made in the Humanities office in the O’Brien Building, said Brian Wilkerson.

Now a resident of Franklin in Middle Tennessee, Stevens is primarily an engineer by trade, but painting remains his passion. “They call me the ‘Flags of America’ artist,” he said. He’s also taught statistics and business classes at several universities and colleges, including Roane State.

His latest art project involves a series of heroes of different states, with both the respective state flag and the American flag prominently featured.